Quantum, a leading expert in scale-out storage, archive and data protection shares the outlook on technology trends for 2016, as well as other anticipated developments across key vertical industries in the storage market. 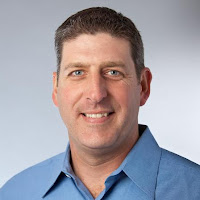 1) IP and OTT Truly Become Mainstream
Three or even five years ago, depending on the geographic market, the media and entertainment industry began moving toward the use of IP-based infrastructure for delivering content to consumers. Proof of this trend is evident in the explosive growth of Netflix, which more than doubled its subscribers in three years (2012-2015), with much of this growth in its international subscriber base. In the coming 12 months, adoption of IP will accelerate rapidly — to the degree that the perception of IP-based broadcasting and over-the-top (OTT) delivery as an alternative will evaporate, replaced by acceptance as a mainstream model. People will talk as much as they ever have about linear and nonlinear broadcasting, but the difference will be that nonlinear and OTT services will gain equal footing as delivery models. In some developing areas, in fact, people will leapfrog cable and satellite television services, going directly to IP-based and OTT services — often delivered to handheld devices.

In the coming year, high dynamic range (HDR) will surpass 4K as the next best thing in content quality.  This is not so much a prediction as it is a confirmation of reality. Consumers can see a much greater improvement in image quality with better dynamic range than they can with higher resolutions alone, and this fact is fueling consumer demand for delivery of more content in HDR. Understanding the impact of this technology on the viewing experience, Netflix and Amazon already deliver content in HDR, and we will see greater adoption across the rest of the broadcasting industry. Moreover, the enormous bandwidth demands of 4K make it difficult to broadcasters to deliver. HDR, on the other hand, requires much less bandwidth while offering a superior product. Though there isn’t necessarily infrastructure (including HDR-capable consumer television sets) in place now to support HDR, the high quality and low cost of delivery that come with HDR ensure that this infrastructure will be established within the next 12 months.

3) The Cloud Becomes a True Part of Production Workflow

In the past it has been difficult to predict how production companies would use the cloud. Many thought that much of interim storage — work-in-process storage and nearline archives — would move to the cloud, but that trend seems unlikely to occur in the short term. Rather, smaller production companies will begin using the cloud in greater degrees for long-term storage, and we will see a greater move of production to the cloud, with companies doing transcode, rendering, editing and QA. This kind of work still will be in its infancy as bandwidth and application challenges exist, but the shift will have begun. It will accelerate as a growing number of vendors rewrite and tailor their applications to take advantage of the unique capabilities of the cloud. The first thing we’ll see is that the cloud-based rendering that people are doing today will continue to accelerate, and then we will start to see operations such as ingest to transcode in the cloud, and then possibly the push of that lower-res content back to facilities. In short, 2016 will be the year that the cloud becomes a reality for many production companies.

In the coming 12 months, we will see an acceleration of content being managed in the cloud. Not unlike Salesforce’s SaaS, which offers an opex-focused, accessible-anywhere model for CRM, a cloud-based SaaS model for media asset management will become completely mainstream — and especially attractive to those companies investing in asset management for the first time. Though content providers are merging an increasing amount of IP content into the cloud for delivery via OTT services, their MAM and production automation generally have been limited to the facility. During 2016, however, we will see delivery move out from the facility to the cloud. Once conformed and finished, content will be aggregated within the public or private cloud — most likely public — and transcoded for delivery, collected for QA, put into object storage-based nearline and long-term archive, and also moved from one facility to another. This is a reality we will see in the next year, and it won’t be just the biggest broadcasters or largest studios in the world; it will probably be everybody else. Even though they aren’t talking much about it, a lot of people are working on making this happen within their own companies.

In 2016 the benefits of object and software-defined storage will be evident within media workflows to a much greater degree. As companies optimize workflow, they will be able to lessen the impact that continued deterioration of proprietary systems has on every single operation. Processes such as transcoding and rendering will move out of the facility and to the cloud and to render and transcode farms. Rather than buy proprietary systems to perform these processes, facilities will shift toward compute as a service. As delivery goes that way, as well, with greater reliance on SaaS and more processes going outside the facility, companies will be able to eliminate proprietary boxes and realize the freedom to take greater advantage of open standards. In some ways, this shift already has begun, and the business model will be further refined as cloud providers continue to acquire facility-based production-tool developers.

As this happens, we will see more consolidation of different operations. At Quantum we’re already consolidating critical elements of storage with our Xcellis shared workflow platform. Across the industry, increasing consolidation will make systems easier to manage and better enable facilities to improve efficiency for all the different systems that make up media workflow. That’s the overarching trend we will see in the next year. In the past 12 to 24 months, we saw a lot of experimentation: People tried new things, such as second screen, IP delivery, and OTT. Now we are seeing that focus turn to doing these things with greater efficiency, and consolidation will be responsible for many of those efficiency gains.
cloud industry opinion storage