ESET Warns Against a Wave of Infected E-mails 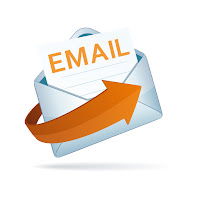 ESS Distribution, a provider of IT security solutions in Indian market, announced that ESET® company today warned users against an increased number of infected emails containing a malicious attachment, which downloads and installs ransomware onto an infected device. When opened, it encrypts victims' files on thier PCs and requires a ransom for decryption.

Nemucod is wide-spread via emails, which contain attached zipped files. Emails are written in a very trustworthy way, claiming to be invoices, notices of appearance in court or other official documents. Attackers are just trying to get users to open the malicious attachment that contains a JavaScript file, which after it is opened, donwloads and installs Nemucod to the victims PC. Nemucod is known for downloading a diverstiy of other malware available in-the-wild.

Both TeslaCrypt and Locky ransomware use encryption standards similar to those used by financial institutions when securing online payments.

How to protect against this threat:
Do not open attachments sent to you in emails from unknown senders.
Warn colleagues who most frequently receive emails from external sources - for instance financial departments or human resources.
Regularly backup your data. In case of infection, this will help you recover all your data. An external disc or other storage should not remain connected to computer in order to avoid infection by filecoder.
Regularly install updates of your OS and other software you use. If you still use Windows XP, seriously consider moving to other, supported operating system of Windows.
Security software must also be used with all updates installed, ideally with the latest version. IT security vendors are packing new versions of their software with additional scurity features.
Users of ESET solutions are protected when ESET LiveGrid® Reputation System  is turned on. This technology protects users' devices against ransomware by actively blocking their processes.
Prevalence level of the Nemucod malware. The scale spans from 0% (deep green) to 75% (Japan).
security