Is Your Network IoT Ready? 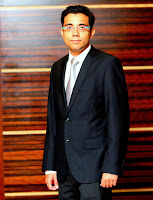 While the Internet of Things (IoT) has been a popular buzz phrase for the last 18 months, the scale of devices to which it applies has been fairly limited. However, developments in network technology that will support the IoT as it comes of age, along with emerging use cases that will propel the mass deployment of IoT devices across the enterprise and in many vertical markets, are finally driving broader scale IoT deployments.

IoT devices can drive significant improvement in business processes by delivering a level of knowledge about workflows that has never been available before. For example, by equipping IoT devices with location technology, a hospital can reduce the time required to transport critical equipment where it is needed most, saving costs but more importantly, lives. IoT devices will also enable machine-to-machine (M2M) processes, offloading labor-intensive procedures so companies can redirect their human resources to more crucial tasks.

IoT devices typically connect to Wi-Fi networks directly or utilize Bluetooth tethering to a Wi-Fi device such as a tablet or smartphone for transport. With the pervasiveness of enterprise Wi-Fi networks, Wi-Fi will be the primary transport option. Bluetooth, or Bluetooth Low Energy (Bluetooth LE) specifically, will be utilized as the edge connectivity when power requirements are constrained.

As Bluetooth-based IoT devices are more widely deployed, Bluetooth LE technology will be integrated into some Wi-Fi access points to provide enhanced connectivity and management options. While several other wireless technologies have been considered for IoT devices, most manufacturers recognize the importance of limiting the breadth of connectivity options to allow for a richer experience and to promote interoperability.

The growth in IoT devices will introduce some significant challenges for businesses that embrace the technology. For example, while some IoT devices connect to application servers within the enterprise, the bulk of these devices today leverage cloud-based application servers and analytics systems that reside outside the enterprise, introducing security concerns. Enterprises will need to secure these devices to prevent them from becoming entry points for hackers to break into the enterprise.

Also, because of the varying lifecycles of IoT devices—such as a refrigerator having a much longer lifecycle than a smartphone, as one example—ongoing support of firmware updates will vary dramatically, leading to a diverse set of capabilities across the IoT ecosystem.

Some devices will receive firmware updates often and others will lack firmware updates or retain connectivity technology that will become antiquated due to their long product lifecycles. Enterprises will need to ensure that their networks support and provide security for legacy IoT devices that use yesterday's generation of wireless technology and that do not maintain security updates in the firmware over time.

As enterprises begin building a network infrastructure to support the Internet of Things, they must address the following challenges:

As the IoT comes of age, enterprises need to look for network solutions that provide the connectivity and management capabilities that IoT devices will require as they become more pervasive, as well as secure their infrastructure against the new threats these devices can potentially introduce.
internet of things