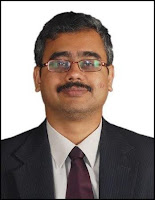 As the volume of data generated goes up drastically, enterprises are facing new challenges when it comes to storage and processing of this data in a secure and easily retrievable manner. The ever-burgeoning datacenter and storage requirements have meant that companies are increasingly expecting their existing infrastructure to scale up seamlessly, preferably without demanding too many investments in terms of cost, energy and space. On the positive side, the quantum of data available means that companies are able to utilize it for analysis to gain valuable insights into the functioning of their businesses.


Below are some trends we saw in the last one year and which we expect to continue well into 2016.

Security is the number 1 concern: Enterprises have always been concerned about security; but in the last one year, security has become even more important. Customers and employees are demanding access to information anytime, anywhere and on any device; but at the same time, the threat landscape becoming deadlier than ever. Therefore, companies need to maintain the fine balance between productivity and security.

Pressure to do more with less: One of the big challenges for CIOs is that enterprises are demanding more from IT than ever before- both from a budget and performance point of view. Businesses expect IT to deliver the same results from smaller IT budgets. But an even bigger challenge is the saturation of the energy envelope for their datacenters, which means they don’t have the physical space or the Power required to run and cool more servers. Therefore, there has been an emphasis on reducing server sprawl, consolidating into smaller footprint but more powerful servers.

Hyperconvergence: Customers today are looking for the convenience of a single management console for several infrastructure layers, be it the compute layer, hypervisor, networking, fabric or storage. Hyper convergence enables businesses to grow their infrastructure as and when it is needed, in the form of building blocks. This eliminates the need for upfront investments and long-term provisioning for growth.

On public cloud, hype is greater than actual adoption: Large enterprises are still taking baby steps on the cloud. Although the peripheral data has moved out to the cloud, core applications and data are still in-house. Instead, we’ve seen greater demand for Hybrid clouds, with a single window between public and private cloud for a seamless user experience.

Analytics is starting to come of age: There has been huge demand for business analytics in India, with core decision making becoming real-time.  Using real time data, manufacturing cycles are being planned on a daily basis, based on current demand. This is a massive improvement over the earlier process where manufacturing plans were done in a week or fortnight.

High Performance Computing: High Performance Computing (HPC) has seen a good investment in 2015. This is expected to significantly go up in 2016 / 17. Government of India has announced their outlay of 4500 cr for the National Supercomputing Mission. This mission will bring supercomputing within the reach of large Scientific and Technology Community in the country – in areas such as Weather Forecasting, designing vehicles, aeroplanes, massive structures like high rise buildings and bridges and infrastructure, discovery of new life saving drugs, discovery and extraction of new energy sourcing including oil, natural gas, etc
###
datacenter security Server