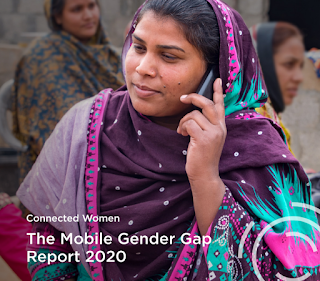 A new GSMA study launched shows that despite progress, the gender gap in mobile internet usage remains substantial, with over 300 million fewer women than men accessing the internet from a mobile device in low- and middle-income countries. Affordability remains the critical barrier to mobile ownership, while lower awareness, as well as a lack of literacy and digital skills, are vital factors preventing women’s mobile internet use. The industry is renewing its commitment to reaching women with digital and financial services to address the persistent mobile gender gap.

The study finds that the mobile internet gender gap has narrowed and 54% of women in low- and middle-income countries now use mobile internet, up from 44% in 2017. However, the underlying gender gap in mobile ownership remains largely unchanged and 165 million fewer women than men own a mobile. The research found that mobile offers essential benefits to users. The majority of male and female mobile owners reported that mobile ownership makes them feel safer, better informed and supports them in their day-to-day lives.

“We are seeing important progress in driving equal internet access for women, but the pace of progress still remains slow. We urge business and government communities to continue prioritising efforts to drive more equal access to mobile technology,” said Mats Granryd, Director General, GSMA. “Ensuring digital and financial inclusion for women is critically important, as we know that when women thrive, societies, businesses and economies thrive.”

The GSMA introduced the Connected Women Commitment Initiative in 2016 to catalyse action to close the mobile gender gap. Over this time, 39 mobile operators across Africa, Asia and Latin America have made formal commitments to reduce the gender gap in their mobile money or mobile internet customer base by 2020. These operators have already reached more than 35 million additional women with mobile internet or mobile money services, and are driving increased digital and financial inclusion for women.

“We applaud all operators who are partnering with us on this critical initiative and look forward to working together to accelerate digital and financial inclusion for women,” said Granryd.