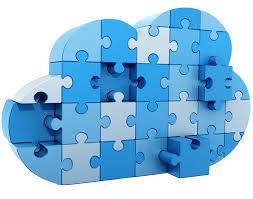 Nutanix, Inc. announced the retail findings of its Enterprise Cloud Index Report, measuring retailers’ plans for adopting private, hybrid and public clouds. The report revealed enterprise workloads are quickly moving off traditional data center infrastructure, dropping from 41% today to just 18% in two years’ time, as cloud usage accelerates. The retail industry has the second largest penetration of hybrid cloud deployments at 21%; with 93% identifying hybrid cloud as the ideal IT model, outpacing the global average for other industries.

Today’s consumer expects a seamless omnichannel shopping experience in store, online and through new avenues such as mobile, in-app or even smart TV purchases. At the same time, retailers need to gather, analyze and keep data secure. This pressure to keep ahead of customer expectations is driving retailers to deploy innovative IT practices faster than ever.

Today, there is 15% public cloud usage in the retail industry compared to a 12% global average; and usage is set to grow to 22% in the next two years, outpacing the global cross-industry average by an even wider margin of 7 percent. Yet the higher than average percentage of retailers who say that hybrid cloud is the ideal IT deployment model (93%) also indicates that public cloud is not a panacea for the retail industry.

Nutanix commissioned Vanson Bourne to survey more than 2,300 IT decision makers including 329 worldwide retailers about where they are running their business applications today, where they plan to run them in the future, what their cloud challenges are and how their cloud initiatives stack up against other IT projects and priorities. The survey included respondents from multiple industries, business sizes and geographies in the Americas; Europe, the Middle East, Africa (EMEA); and Asia-Pacific and Japan (APJ) regions.

The bullish outlook for hybrid cloud adoption globally and across industries is reflective of an IT landscape growing increasingly automated and flexible enough that enterprises have the choice to buy, build, or rent their IT infrastructure resources based on application requirements. For retailers, having the flexibility to choose the right cloud for each application appeared most often as the benefit for deploying hybrid cloud (at 18%) followed closely by using cloud “on the fly” to support periods of high traffic loads.

Given the seasonality of business and variance of IT and network consumption needs throughout the year, retailers understand the need to keep IT flexible.

Other key findings of the report include:

Retailers control cloud spend better. One motivation for deploying hybrid clouds is enterprises’ need to get more control over their IT spend – with 35% of organizations using public clouds saying they overspent on their public cloud services budgets. Retail companies, perhaps due to experience, seem to be doing a better job of managing their public cloud expenses. About 69% of retail companies said their public cloud spend was under or on budget, and just 29% reported being over budget, compared to 35% of cross-industry global companies.
IT talent and security are barriers to hybrid cloud adoption, but cost also tops the list: Globally, more than half of survey respondents said that data security/compliance, performance, management, and TCO are critical factors in deciding where to put their application workloads. While 88% of global respondents expect hybrid cloud will positively impact their business, hybrid cloud skills ranked second in scarcity for retailers (30%), with the leading shortage going to artificial intelligence and machine learning skills. A huge emphasis for retailers compared to other industries was cost – with nearly 20% citing this as a top criterion.


“Indian retailers are racing to redesign their IT infrastructure as they seek to redefine their businesses.” said Neville Vincent, VP A/NZ, ASEAN and India, Nutanix.  “Customer service is now giving way to customer experience and it is technology (hybrid solutions) that is (are) driving the change. Infrastructure design has become a critical aspect of maximising the value of data and the customer journey. Traditional hardware is simply not fit for purpose - a fact that has not escaped the Industry.”