Evolution of Mobile Networks in the Era of 5G

on April 22, 2019
By: Mohammed Al-Moneer, Regional Vice President, MENA at A10 Networks 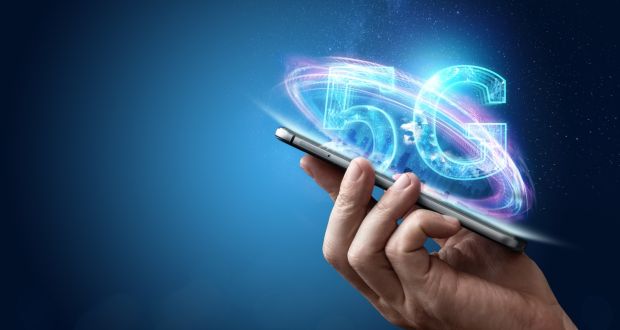 Fifth generation networks, just like the preceding 4G LTE and WiMAX networks, are expected to greatly increase available bandwidth, with improved end-to-end performance providing a better end-user experience. In the most basic of terms, 4G LTE was the long-term evolution of Radio Access Networks (RAN); 5G is the next iteration.

Wireless carriers have invested billions into their networks to support the ongoing demand for faster network speeds. They must look for ways to increase revenue while delivering more value to the end user. This continues to drive new devices into the hands of the consumer. The demand for increased efficiencies, bandwidth, and coverage has pushed carriers towards a decentralised deployment model.

Network Virtualisation Remains in The Early Stages
Service providers monitor and review technology for advancements that will help deliver faster and less expensive networks. Recently, they have looked into areas of Network Function Virtualisation (NFV) and automation to support their advancements. Mobile network operators are investing heavily in reducing delays and errors through repetitive processes as they build and add capacity to existing 4G networks.
Virtualisation and Software Defined Networks (SDN) improvements are driving a shift from hardware to software. SDN is promising, but it’s not an instant solution, as purpose-built hardware still remains the preferred choice. NFV and SDN have offered service providers an alternative to existing methods, including dedicated appliances sitting idle. However, it’s safe to say that the age of virtualisation remains in the early stages.
Hardware manufacturers and service providers are now betting on the acceptance and success of virtualised functions. Software development continues at breakneck speed to meet timelines and demands for more integrated solutions, which easily scale and reduce operational overheads at the same time.

The 5G Revenue Opportunity
5G’s impact is expected to extend beyond the typical mobile network carriers/operators. It promises to enable increased connectivity and flexibility, that will drive additional functions throughout all supportive components of a mobile carrier’s network.
RAN access providers face the question of how to support the ever-increasing appetite for cutting the cord. How can we use our mobile devices in more ways than previously thought, as the end user goes about their daily tasks? This mobility, whether it’s tied to a carrier’s technology or even a simple Wi-Fi home network, reaches all corners of our day-to-day life.
This reach extends from the cloud to the data centre environments and continues to drive capacity needs, supported by both legacy appliances and the ever-increasing virtual environments. This continued appetite for consumption has opened up opportunities for all facets of technology and associated vendors.

5G Mobile Network Evolution
The continued expansion of 5G networks will have a revolutionary impact upon every mobile subscriber and business in the world.
The fundamental market forces of network evolution are not based on wired or wireless infrastructure. Companies are currently focused on upgrading existing mobile networks. Whereas at the exact same time, NFV, SDN and the global IoT industry are all preparing to utilise the next generation of mobile networks.
Software solutions are easier to move from concept to production and frequently offer a lower up-front investment cost. This all adds up to help drive increased functionality for all service providers, including the wired infrastructure.
5G and IoT will be demand-driven. As a result, the more the infrastructure expands to meet that demand, the more opportunities will be uncovered. It’s a positive feedback loop that will revolutionise how we think of the internet.
Get ready for a world that will be changed forever with the next generation mobile networks on the horizon.