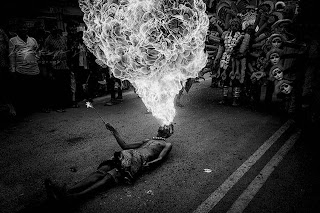 Supporting the local photographic communities in 62 countries across the globe, the World Photography Organisation and Sony announced the winners of the 2019 National Awards. Included in the list is Joydeep Mukherjee as recipient of the 2019 India National Award.

Part of the prestigious and internationally renowned Sony World Photography Awards, the National Awards program demonstrates Sony’s commitment to supporting local photographic talent by recognising the work of local photographers and promoting it on a global scale.

Joydeep Mukherjee’s image was selected as the single best image taken by any photographer of Indian nationality and living in India, entered to the Open competition of the Sony World Photography Awards.

Mukherjee is a photographer from Kolkata who took this incredible action shot of a young, street-performer.. Mukherjee explains that crowds of people swarmed around the boy to watch him pour flammable liquids into his mouth before setting it alight in a dramatic performance. 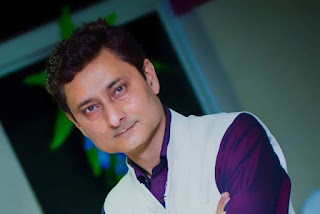 Mukherjee discusses his progression in photography: “From my early days, I have been interested in various kinds of sports, trekking and travelling but it was only in 2003 that I stepped into the world of photography. During a trek to the Annapurna Base Camp, Nepal, I became interested in photography. From this time forth this passion became an integral part of my life”. Mukherjee is the recipient of multiple other awards including 1st place in the ‘People’ category of the Smithsonian Magazine Photo Contest - USA.

Mukherjee is overjoyed with his achievement: “This is a great  honour for  me  to  be  the  winner  of  the India National Award at the 2019 Sony World Photography Awards. A big thanks to the organiser  as well as all the honourable judges”.

Produced by the World Photography Organisation, the internationally acclaimed Sony World Photography Awards are one of the most important fixtures on the global photographic calendar. The Awards are now in their 12th year of partnership with headline sponsor Sony and consist of four competitions in total: Professional (for a body of works), Open (for a single image), Student (for academic institutions) and Youth (for 12-19 year olds).
industry mobility Photography sony india