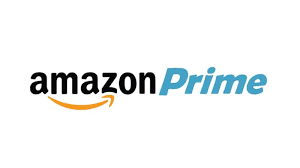 On Karnataka Rajyotsava (Karnataka Day), Amazon Prime Video, announced continued investment in Prime Video’s regional content library in India with the addition of Kannada movies to its service, taking the count of Indian language content available on the service to six, the others being Tamil, Telugu, Marathi, Bengali and Hindi.

Starting November 1, Prime members in India will get access to popular Kannada film titles, including latest theatrical releases, hit movies from recent years as well as highly anticipated titles set to release in 2019. As part of the new Kannada bouquet Prime members can access and stream recently released movies like Sankashta Kara Ganapathi, Vardhana and Andhagaara.  Additionally, Prime Video has acquired the digital rights for highly anticipated upcoming Kannada movies Avane Srimannarayana and Orange, amongst others.

Vijay Subramaniam, Director and Head, Content, Amazon Prime Video India, said, “It has been our constant endeavor to offer best-in-class content to our customers in India. We have the largest selection of latest and exclusive Indian and international titles that customers love and enjoy. We are happy to further this effort with the addition of Kannada movies on Prime Video India. By expanding our content across languages, we hope to provide greater choice to our consumers and give local creators and talent a service that reaches a wide viewer base. We will continue adding the best of Kannada content to our newly formed library over the next couple of months - this is just the beginning!”

The Kannada content library starts with the digital premiere of recently released hit film Katheyondu Shuruvgide, written and directed by Senna Hegde and produced by Rakshit Shetty, Pushkara Mallikarjunaiah and Vinod Divakar.  The romantic drama feature stars Diganth Manchale and Pooja Devariya in the lead.  The film has received appreciation during its theatrical release, and will be available exclusively on Amazon Prime Video.  Katheyondu Shuruvgide will also be available with English subtitles across multiple territories.  Earlier this year, Prime Video had premiered one Kannada title - the comedy blockbuster, Humble Politiciann Nograj which customers loved.

Rakshit Shetty, actor, producer, writer and director, said, “Prime Video has changed the way the people in India and around the world consumes content. It has broken barriers, allowing consumers not just in the country, but also outside to discover and enjoy stories from their place of origin. It is a great unifying thread. I am thrilled that my upcoming film Avane Srimannarayana, will have its worldwide digital premiere on Prime Video, and my production Katheyondu Shuruvgide, sees it digital debut on the service today – on Karnataka Rajyotsava!”

To watch the newest releases in Hollywood & Bollywood, the latest US TV shows, kids’ favorite toons and Amazon Prime Originals, please visit www.PrimeVideo.com or download the Amazon Prime Video app today and sign-up for a Prime membership only at ₹999 annually or ₹129 monthly.