Aging like Milk, not Wine: The Realities of Container Security 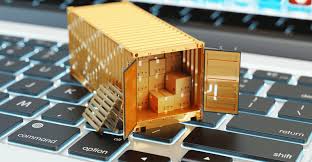 In many ways, age brings refinement. Wine, cheese, and, in some cases, people, all improve as they grow older. But in the world of enterprise IT, age has a different connotation. Aged systems and software, can bring irrelevance and technical debt and, at worst, increased security risks. With the rise of Linux containers as a functional underpinning to the digitally-transforming enterprise, the ill effects of technological age are front and center.

To think of it more simply: Containers age like milk, not like wine. Think of it in terms of food: Milk is a key component in cooking, from baking to sauces. If the milk sours or goes bad, so to does the recipe. The same things happens to containers, especially as they are being looked to as key components for production systems. A stale or “soured” container could ruin an otherwise promising deployment.

“Old age” in container terms could mean a few weeks, certainly months - that’s enough time for security vulnerabilities, software patches, and other critical updates to pile up, making an older container-based application potentially unstable and not fit for production. In complex enterprise IT environments, a system is only as secure as its weakest link, meaning that an outdated container could become a springboard for malicious actors to take down critical workloads, steal data, or worse.

For example, in March 2018, cybersecurity company Tenable analyzed thousands of images in a popular community container image repository. On average, community-curated images came back with nearly 40 vulnerabilities. Even worse, 34 percent of these vulnerabilities were critical, which can include the Heartbleed and Shellshock vulnerabilities. These images are, in a sense, acting as a vulnerability time capsule, pushing long-thought fixed issues back into (potentially) production systems.

The question then becomes: How do I rejuvenate my old containers? The answer is distressingly simple. You don’t.

Container obsolescence is okay
Operating containerized applications needs to factor in that container images aren’t meant to be nurtured and cared for long-term; they serve a singular purpose and, when that purpose is achieved or the container no longer meets that purpose, they are redacted. The very nature of containers themselves means that patching and updating as we traditionally think of it is not possible. Instead, new containers are rolled out to replace the old ones, with updated primitives to better address the changing software ecosystem.

It’s important to look at containerized workloads as an assembly line - you toss out the ones that don’t look good or are “off” in some way, as you can more easily make new ones to roll out. But you can’t replace containers that have outdated components or otherwise don’t meet your needs if you don’t KNOW that they have these characteristics. While Linux containers are inherently open source, they aren’t readily transparent; the amount of metadata and supporting technologies surrounding containerized applications can easily obfuscate their inner workings and, most importantly, the age of all the components inside.

Container security: It’s an ecosystem, not a job
Security, especially container security, takes a village - or at least an ecosystem - to properly address. Firstly, the container must be built with the proper security precautions in mind, but that’s only one step. The developer or the ISV creating the containerized application needs to take the proper steps to deliver a vulnerability-free application at creation, just as they would with a traditional software package.

When the application is passed to the operations team for deployment, they need to enable the proper security controls around not only the container itself, but also the container host. As we’ve said previously, a container stack is only as secure as its weakest element. Flaws in the host operating system, thanks to a shared kernel, can have a cascading effect of security issues through deployment operations if not properly closed.

But deployment does not conclude the security needs of containers. Operations and security teams must then watch forthcoming errata and vulnerability announcements and assess which, if any, of their containerized applications are at risk. If they find vulnerable containers, then the cycle repeats, with rebuilt -- not patched -- containerized applications to mitigate the issue. It’s a cycle, and one that must be maintained, securely, for containers to be free from known vulnerabilities.

Simply put, in the container world, it’s the job of the container vendor (whether an external ISV or an internal development shop), not the end users, to incorporate security updates, continuously and typically fairly frequently.

A container platform, built from tried and true enterprise technologies, can address these concerns through a single technology layer. Beyond providing a more secure and stable foundation, this platform should also provide Kubernetes for container orchestration, automated deployment/rollback of images, and a method of managing multi-tenancy. Additional capabilities should also encompass container lifecycle management, storage, networking, registry, logging, and more...a container platform should not be a one-trick pony. Altogether, this provides a single trusted platform for container efforts and a mechanism for helping to keep production deployments running as they should.

Chaos into certainty
At face value, containers are simple - they’re an application or process packaged with all of the necessary dependencies. But it’s never that simple with enterprise IT. As noted earlier, surrounding each container is a host of metadata, from the time of creation and who created it to what registry it came from and when it was deployed. It’s not unlike a manifest for a physical shipping container, but far more complex.

This metadata is so complex and so hard to collate, especially at scale, that it’s possible that some organizations would just ignore it. The importance of this information cannot be overstated - without it, it’s possible for IT teams to miss critical signs that a containerized application is missing a vital update or, worse, holds out-dated and potentially vulnerable components. But in organizations that may develop, deploy, and redeploy thousands of containers on a regular cadence, it ends up being a risk assessment activity versus standard practice.

But it doesn’t have to be.