on April 20, 2018
Tech Data announced that Richard T. ("Rich") Hume, executive vice president, chief operating officer, will become the company's chief executive officer effective June 6, 2018 and has been nominated to join the company's Board of Directors. Hume will succeed Robert M. ("Bob") Dutkowsky, who will transition to the role of executive chairman of the Board. The announcement is the culmination of the Board's leadership succession plan that capitalizes on the strength of the Tech Data management team. 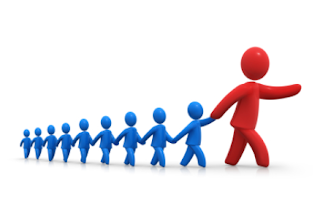 Hume joined Tech Data in 2016 as executive vice president, chief operating officer. Since then, he has played a pivotal role in the creation of the company's long-term strategy. Prior to joining Tech Data, Hume spent more than thirty years at IBM, holding a variety of executive positions including general manager and chief operating officer of Global Technology Services, IBM's $32 billion infrastructure and outsourcing services business. He also previously served as general manager, Europe, where he led IBM's multi-brand European organization, and as general manager, Global Business Partners for more than three years, directing the growth and channel development initiatives for IBM's Business Partner Channel.

"I am honored to have the opportunity to serve as the next CEO of Tech Data," Hume said. "This is an exciting time for the new Tech Data, as we continue to redefine technology distribution and transform the company into the IT distributor of the future. Over the past two years as COO, I have come to appreciate what a talented global team we have, and I look forward to leading this team as we build on our momentum and continue to create value for our customers, vendor partners, employees and shareholders."

Hume continued, "Bob has provided tremendous leadership during his tenure as CEO and has been an incredible mentor and friend since I joined Tech Data. I look forward to continuing to work closely with Bob in his role as executive chairman and know I will continue to benefit greatly from his deep knowledge of the company and the industry."

Charles ("Eddie") Adair, lead independent director of the Tech Data Board, said, "Today's announcement is the result of a thorough and thoughtful long-range leadership succession planning process undertaken by the Board over the past several years. The Board is confident that our plan provides a natural progression for Tech Data to continue to grow and thrive. Since joining the company in 2016, Rich has been a key member of our executive team and has proven himself a strong leader with extensive industry experience and operational expertise. Importantly, having served as COO, Rich is intimately familiar with Tech Data's business operations and we are confident that he is the ideal candidate to succeed Bob as CEO. We are also thrilled that the company will continue to benefit from Bob's wealth of experience and strategic guidance as he transitions to his new role as executive chairman of the Board."

Dutkowsky has served as Tech Data's CEO and a member of the company's Board of Directors since 2006. In 2017, he was named chairman of the Board. Under Dutkowsky's leadership, Tech Data has transformed into a global end-to-end IT distributor with an offerings portfolio that spans from endpoint devices to the most advanced data center solutions and next-generation technologies. During his 12-year tenure, the company's revenues have grown from $21 billion to more than $36 billion, and non-GAAP earnings per share have increased by more than 550 percent. As executive chairman, Dutkowsky, in addition to his governance and board oversight responsibilities, will be actively involved as a strategic advisor to Hume, will provide support in vendor, customer and community engagement as directed by the CEO and will be involved in special projects as designated by the CEO or Board.

"It has been an honor and a privilege to lead the most talented team in IT distribution. I would like to thank our more than 14,000 employees for their dedication, loyalty and tireless efforts, which have been—and will continue to be—the key to Tech Data and our channel partners' success," Dutkowsky said. "With our strong operations, unique end-to-end offerings and strategic focus on next-generation capabilities, I believe this is the perfect time to make this transition and I am confident that Tech Data is well-positioned to continue to grow and create value for all of our stakeholders. As I transition to my new role as executive chairman, I also want to thank Tech Data's outstanding customers and vendor partners for their longtime support and look forward to continuing our strong partnership for years to come."

Dutkowsky continued, "Rich's strategic vision, experience and proven track record at Tech Data make him a natural choice for CEO as we enter our next chapter. Today's announcement underscores our deep bench of talent and, together, we will ensure a seamless transition for the benefit of all Tech Data stakeholders."
digital Tech Data