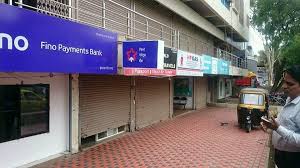 This initiative is in line with the bank's model based on deploying digital solutions to make banking paperless, simple and convenient for customers.

Fino Payments Bank plans to deploy multi-utility Android-based mPOS devices across 10,000 banking points in the country in a phased manner. This single device will gradually replace the combination of devices currently used to facilitate finger print authentication and digital transactions.

The key feature of the new Android-based mPOS is that it is a single device with in-built finger print scanner, card reader, camera, printer and tablet, in a portable form factor. This would eliminate the inconvenience of carrying multiple devices by Fino representatives and thereby improve the efficiency of services to customers.

Stating Android-based mPOS as a step towards improving last mile delivery of financial services, Mr. Ashish Ahuja, Executive Vice President and Head- Products, Fino Payments Bank said, "In the next 12 months, we would deploy these devices at 10000 of our retail as well as corporate banking points, including branches, BPCL outlets, franchisee points and partner bank's BC channel. We have already deployed around 2000 devices to enhance doorstep and neighbourhood banking services in urban as well as rural areas for the convenience of our customers."

Fino Payments Bank happens to be the first bank to introduce this solution for partner banks' BC channel.

With mPOS devices, Fino executives will be able to provide all the banking services, be it account opening, deposit, withdrawal, money transfer, product sales (insurance, gold loan leads, BC lending services) and Aadhaar-enabled payment systems (AEPS), to customers right at their doorstep.

"In addition to having multiple functionalities, mPOS device is also interoperable. That means customers with debit cards issued by other banks can also do payments and withdrawal transactions at Fino's banking points," added Mr. Ahuja.

2017 with over 400 branches and 25000 access points, which also includes outlets of its strategic investor and partner Bharat Petroleum (BPCL).