BookMyShow leads IPL ticketing with over 50% ticket inventory this season 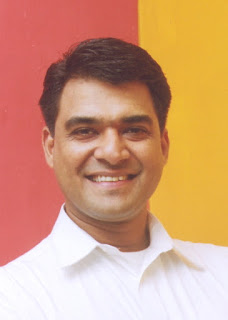 If you’re a cricket fan, then BookMyShow is where you need to be this Indian Premier League (IPL) season. BookMyShow, which is India’s largest online entertainment ticketing platform, is the official ticketing partner for the home games of four of the biggest IPL teams this season. For the 11th edition of Vivo IPL 2018, BookMyShow is the exclusive ticketing partner and will manage the end to end fan experience for defending champions Mumbai Indians, Shah Rukh Khan’s Kolkata Knight Riders and back in action and beloved Chennai Super Kings and Rajasthan Royals. With this, BookMyShow controls over 50% of the entire ticket inventory this season.

The Indian Premier League has emerged to be one the largest sporting events in the country in the last decade and BookMyShow will provide its fans with the ultimate experience right from the time they come onto the platform to book their tickets. The leader in online sports ticketing is offering unmatched ease of online bookings, home delivery of tickets for added convenience, complete on-ground management right from box office to deployment of state of the art turnstiles for quick entry into the venue. BookMyShow has also lined up exciting offers for its users on ticket purchase by partnering with players like Payzap Amazon Pay, Ola, MakeMyTrip and Goibibo. In addition, BookMyShow is leading sale of corporate and hospitality tickets which will offer the best views of the ground, complimentary F&B, and official team merchandize.

Over the years, BookMyShow has worked closely with its partner IPL teams each season to grow the revenues through the use of its extensive data analytics capabilities and by playing a critical role in devising the ticket pricing strategies. BookMyShow, which has a customer base of over 25 million, has been the ultimate destination for entertainment ticketing for a decade now and has a deep understanding of user preferences and behaviour. During the IPL, they will bring this skill to bear in ensuring the right targeting to maximise ticket sales for the franchises. BookMyShow, which enjoys a huge brand recall and boasts of over 100 million page views a month, will also run targeted marketing and promotion campaigns on its own platforms to create awareness on the property.

Albert Almeida, COO- Non-Movies, BookMyShow said, “BookMyShow is proud to be the exclusive ticketing partner for Chennai Super Kings, Kolkata Knight Riders, Mumbai Indians and Rajasthan Royals this IPL season. Each year, we redefine the sports ticketing experience for fans in association with our partner franchisees. Between 2011 and 2016, over 12 million cricket fans bought tickets through BookMyShow and in 2017, we contributed to a 20-25% growth in revenues for our partner teams. Needless to say, we are committed to not just bettering the revenue numbers in 2018 but also making the fan experience during the ticketing process and at the venue, an even better one than before.”

BookMyShow has already commenced online and box office sales of tickets for Kolkata Knight Riders, Mumbai Indians and Rajasthan Royals and the ticket sales for Chennai Super Kings will begin on April 2, 2018.

Cricket fans can also engage in fantasy gaming this IPL season with Fantain. BookMyShow made a strategic investment in Fantain in 2016 and since then Fantain has been creating a community for all sports fans to engage with each other beyond the playing arena. This season on popular demand, Fantain is extending its completely redesigned fantasy gaming league to web and mobile web, which will be launched closer to the IPL’s kick off. As part of this, all cricket enthusiasts will be able to connect with people who share the same passion for cricket, while winning amazing prizes.
Bookmyshow IPL