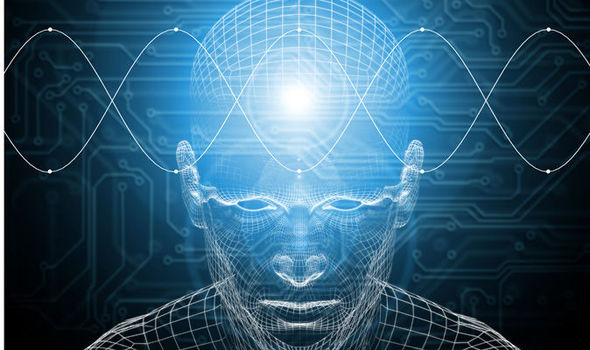 Infosys released global research on the impact artificial intelligence (AI) technology implementations in the enterprise are having on return-on-investment (ROI), the workforce and organizational leadership. The research report, Leadership in the Age of AI, surveyed more than 1,000 business and IT leaders with decision-making power over AI solutions or purchases at large organizations across seven countries.

The research findings point to a fundamental shift in how enterprises operate as AI takes hold. Enterprises are moving beyond the experimentation phase with AI, deploying AI technologies more broadly and realizing benefits across their business. According to the survey, 73 percent of respondents agreed or strongly agreed that their AI deployments have already transformed the way they do business, and 90 percent of C-level executives reported measurable benefits from AI within their organization. Additionally, the data showed organizations are taking steps to prepare employees and business leaders for the future of work, with 53 percent of respondents indicating that their organization has increased training in the job functions most affected by AI deployments.

Mohit Joshi, President, Infosys: “While it’s fair to say that, like most promising new technologies, there has been a tremendous amount of hype around AI, it turns out that the vast majority of enterprises with AI deployments are realizing clear and measureable results. AI, as the research shows, is becoming core to business strategy, and is compelling business leaders to alter the way they hire, train and inspire teams, and the way they compete and foster innovation. Industry disruption from AI is no longer imminent, it is here. The organizations that embrace AI with a clearly defined strategy and use AI to amplify their workforce rather than replace it, will take the lead, and those that don’t will fall behind or find themselves irrelevant.”

Enterprise AI moves beyond experimentation: AI deployments are no longer imminent but are becoming pervasive as 86 percent of organizations surveyed have middle- or late-stage AI deployments and view AI as a major facilitator of future business operations. Eighty percent of respondents who said they've seen at least some measurable benefits from AI agreed or strongly agreed that their organization had a defined strategy for deployment. Fifty-three percent of all respondents said that their industry has already experienced disruption due to artificial intelligence technologies.
Beyond automation, the benefits of AI span the business value chain: While a majority of organizations (66 percent) start off using AI to automate routine or inefficient processes, businesses in later stages of AI deployment are leveraging the technology to innovate and differentiate. For example, 80 percent of IT decision makers at organizations in later stages of AI deployment reported that they are using AI to augment existing solutions, or build new business-critical solutions and services to optimize insights and the consumer experience. Forty-two percent of these organizations also expect significant impact in research and development in the next five years.
ROI market and industry breakdown: India, the United States and China led geographies with the most respondents stating that their organization has realized direct, tangible results from deploying AI technologies with 75 percent, 71 percent and 61 percent respectively. Australia trailed behind the leading geographies with 57 percent followed by the United Kingdom (42 percent), Germany (40 percent) and France (33 percent). The leading industries currently using AI to automate business processes include retail and consumer packaged goods (CPG) at 85 percent, followed by telecom and communication service providers (83 percent) and banking and insurance (80 percent).
Investing in people is key to AI success: Seventy-seven percent of respondents surveyed were confident that employees in their organization can be trained for the new job roles AI technologies will create. Respondents showed commitment to this belief by ranking training and recruitment as the top areas of investment (46 percent and 44 percent respectively) in order for AI technologies to make an impact. C-level executives likewise called out training the leadership team on AI as a top priority—47 percent of business leaders put leadership training in their top three priorities compared to 40 percent who put employee training in their top three priorities.
AI leadership essentials include strategy and training: Four out of five C-level executives said that their future business strategy will be informed through opportunities made available with AI technology. Business leaders were confident that their executive teams have the ability to adapt their leadership skills as AI technologies are adopted, with 80 percent of C-level executives in agreement. However, training on the executive level is still critical as three-fourths of IT decision makers felt that their executives would benefit from formal training on the implications of AI technologies.
Other important findings include:

Data management is a persistent obstacle: Nearly half of IT decision makers (49 percent) reported that their organization is unable to deploy the AI technologies they want because their data is not ready to support the requirements of AI technologies. As such, approximately 77 percent of IT decision makers said that their organization is investing in data management. Furthermore, C-level executives reported that their leadership team is concerned with the implications of industry regulations on their ability to use AI technologies within their business (70 percent) and the potential advantages AI technologies could lend to competition (66 percent).
Weighing ethical concerns and benefits among the workforce: Sixty-nine percent of C-level executives reported that employees within their organization are concerned AI technologies will replace them. However, ranked among the top two ways their current AI deployments have impacted their business, 48 percent of respondents cited that AI has augmented human skills to make their people better at their work, and 45 percent said AI is making for better employees because it frees up their time for higher value work.
The rise of AI professionals throughout the ranks of businesses: According to the data, IT (61 percent) will continue to be the most affected job function over the next five years. However, AI is beginning to have a growing impact on marketing and communications (32 percent), human resources (29 percent) and legal departments (15 percent). AI leaders will become fixtures in the C-suite and throughout the organization as an overwhelming majority (95 percent) of IT decision makers from organizations in the late stages of digital transformation said that their organization plans to have a dedicated team of AI professionals.
Business leaders are optimistic that AI technologies will ultimately create more opportunity for employees than they will eliminate, with C-level executives widely agreeing that AI technologies will have a positive effect on their workforce (70%) and equally benefit customers (45 percent) and employees (43 percent).