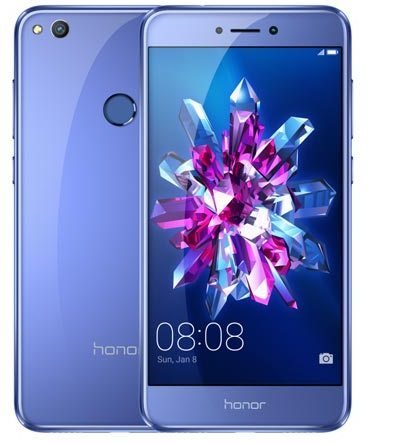 Honor, Huawei’s e-brand for digital natives, announced a social campaign – ‘TrueMe’ with Inspired Traveller. in line with its aim to bring out the unique stories of people who have been brave enough pursue dual passions. A campaign aimed at creating a social movement to bring out brave stories for all those who have pursued their dual passions and to see one person from two different lenses and celebrates achievements of such people.

Taking forward the dual camera legacy, the Honor 9 Lite is tailor-made for the smartphone photography enthusiasts of this generation. With cutting-edge technology and innovation, Honor has revolutionized the camera technology segment. Honor started with the ‘Honor 6 Plus’ series which had a dual 8-megapixel rear sensor. This was followed by Honor 6X, Honor 8 Pro and the recently launch Honor 7X. While the Honor 6X comprised of an innovative dual-lens rear camera consisting of a wide aperture range, the Honor 8 Pro was quintessentially focused on enhancing the power of its optical lens; thereby enabling users to explore and discover various photography aspects.

‘TrueMe’ campaign showcases the usage of dual camera(s) that celebrates people through dual lenses highlighting their two diverse passions. It also creates the perfect opportunity for users to encourage the use of smartphones creatively. This urges users to upload short videos of themselves to sharing their stories while adding the hashtags #MaxYourBeauty #Honor9Lite and tagging @hihonorindia for instagram and @honorindia on FB along with the caption. The ‘TrueMe’ campaign will see stories from influencers like:

The campaign which will culminate in a contest curated by InspiredTraveller (www.inspiredtraveller.in), will run across a 3 day cycle per influencer, wherein 9 influencers will share their stories and prompt people to publish their entries. To participate in the contest users have to upload their stories with the hashtags and tagging.

‘TrueMe’ is valid throughout India except in the states where prohibited by law. While the participation in the contest is voluntary, it implies that participants agree to all Terms & Conditions of the contest. Further information on submission of entries and timelines and will be shared by the social media influencers on their handles. All Post to begin with @Honor India for FB, @hihonorindia on instagram and should include  #MaxYourBeauty #Honor9Lite.

Honor’s upcoming offering, the Honor 9 Lite is equipped with a quad camera which empowers your inner photographer, a sleek glass unibody for a premium look to your smartphone.

Honor is set to take the Indian market by storm with a feature packed smartphone, which urges people to ‘Explore More’, the incredible beauty around them and create unrivaled experiences and memories.
e-brand Honor huawei