Speech Recognition start-up Liv.ai goes beyond English to give voice to a Billion people 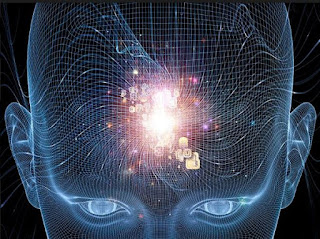 Bangalore based start-up Liv.ai has launched Speech recognition technology in 9 Indian languages to enable businesses to reach out to people who communicate in their regional language instead of English. As an alternative to typing, people can now use their voice to text chat on apps like Facebook and Whatsapp speaking in their own language. Liv.ai has a simple vision to empower people to interact with their devices, businesses and government using their natural voice. Businesses can use it to create digital assistants in regional languages, transcribe audio/video files, setup voice based IVR and do intelligent speech analytics. Liv.ai APIs can be integrated to applications across devices including mobile phones, tablets, PCs, TVs, Speakers, Set-top Boxes and even Cars.

Liv.ai’s innovation enables people to benefit from progress in technology without the need to use English as a medium of communication and many a times without the need of people being even a literate. Necessity to write and speak in English continues to keep people away from using technology to its full potential. Liv.ai’s Artificial Intelligence (AI) breakthrough enables people to break their linguistic barriers and be heard in their own language.

Brainchild of three friends from IIT Kharagpur – Subodh Kumar, Dr Sanjeev Kumar and Kishore Mundra, the Liv.ai platform recognises voice in all major Indian languages namely Hindi, Punjabi, Kannada, Bengali, Tamil, Telugu, Gujarati and Marathi. Along with what they proudly call the best AI team in India, the co-founders have been working for more than 3 years in developing speech and language based applications for Indian languages. While global mobile phone brands and biggest Apps during the same period were expecting over a billion people to use their products in English only.

Liv.ai had predicted rightly, the advent of business automation, launch of voice commanded devices such as smart speakers and need for traditional uses such as transcribing will revolutionise the AI enabled technology landscape. In a recent report, McKinsey Global Institute stated that in the year 2016, companies invested between USD 26 billion to USD 39 Billion on AI technologies and top two areas were robotics and speech recognition

Stressing on the basic need for local language speech recognition, Co- Founder and CEO, Subodh Kumar says – “People in India are not proficient in English, but the technology ecosystem has been built around English. We at liv.ai recognized that global solutions may not work here and thus we envisioned solution specific to India which in hindsight has proved to be a right decision.”
Liv.ai has already been integrated with leading Indic keyboards allowing people to use their voice to send emails, messages or post on social networks. In addition multiple large businesses are integrating Liv.ai’s APIs to automate their customer care. The technology is well-designed to work amidst background noise without loss of data.

The team led by some of the brightest minds in Artificial intelligence in India promises to augment the technology space with newer products to bring voice recognition capability to a billion people in our country.