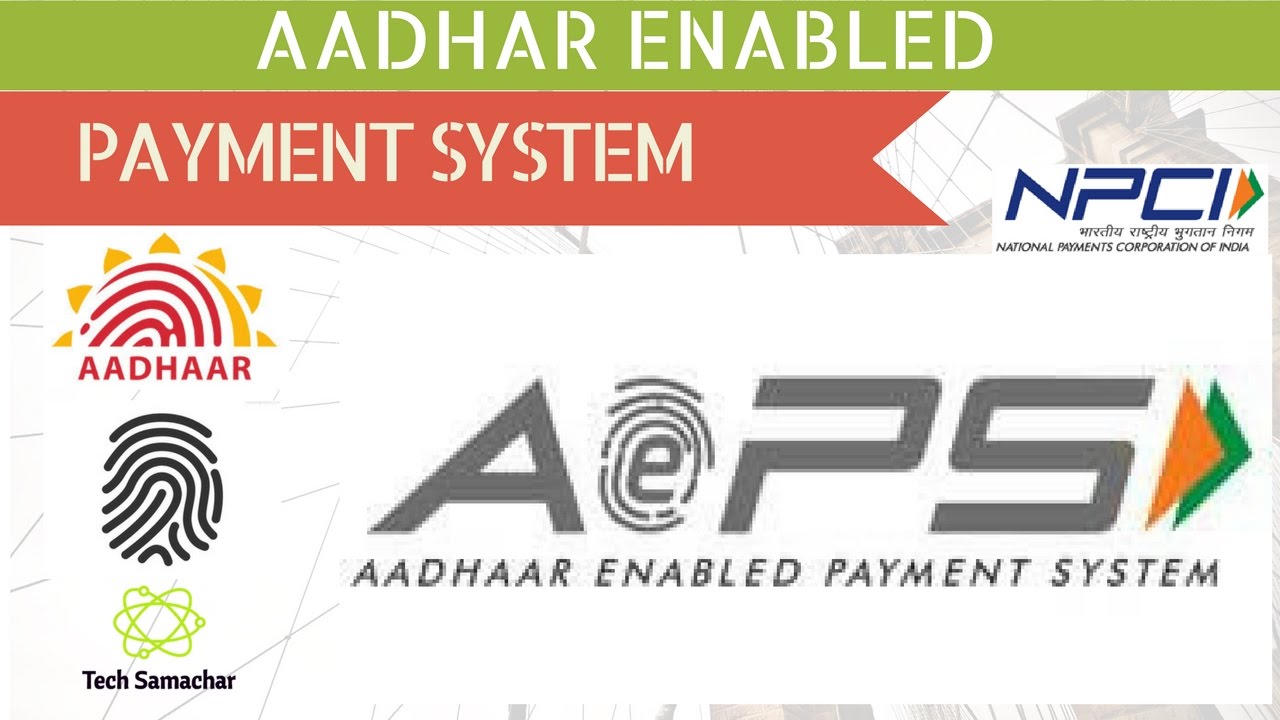 The Government of India estimates that there are now over 30 crore accounts opened under the Pradhan Mantri Jan Dhan Yojana, of which more than 18 crores are in rural and semi urban bank branches. By some estimates, over 99% of Indian households now have access to the formal banking system.  UIDAI reports are that there are already 118 crores Indians holding Aadhar Cards. Given thismassive acceptance, combining the initiatives to create a transformational synergy was a move that was, in many ways, inevitable.This is the beauty of the Aadhar Enabled Payment System (AEPS), a system that is already radically altering the digital payments landscape of India by making it accessible to India’s vast rural sector.

AEPS from National Payments Corporation of India (NPCI), is a way for users with both an Aadhar number and a bank account to access the account and carry out some basic transactions even without debit card, signature, or phone.The users must link their bank accounts and their Aadhar number, already mandatory for all citizens, and then each time they want to transact, a micro-ATM allows them to do so by biometrically authenticating them. Users can do transactions like Balance Enquiry, Cash Withdrawal, Cash Deposit, Aadhar to Aadhar funds transfer, and even payments to businesses and various government entities. At the frontlines of this system are the 1.3 lakh+ micro-ATMs and the 1.26 lakh Bank Mitras (Business Correspondents) stationed around the country.

The true success of the AEPS is how it has helped to demolish all the entry barriers that the rural population faced in adopting the digital way. AEPS truly brings banking to where the mass population is present rather than the other way around.

Concerns were raised about lack of education of rural consumers and a presumed lower understanding of banking norms. The constrained access to digital infrastructure and security issues related to personal identity were also highlighted. With AEPS,consumers do not need to do any paperwork, can access a controlled, but still valuable set of banking transactions over basic infrastructure available in their vicinity and most importantly be sure that their security is not compromised. This has made digital payments more simple and accessible to more digitally-disadvantaged rural population.

Another crucial advantage of AEPS is the transparency. In May of this year, government data showed that 78% of the country’s ration cards had been seeded with Aadhar data – effectively ensuring that the subsidy benefits available through the Fair Price Shops are transparently transferred to the rightful beneficiaries.

Banks have traditionally shied away from expanding into rural India because of the prohibitive costs of setting up branch and ATM networks. This has been considerably eased with the coming of AEPS. For one, the infrastructure required by the merchant or the BC offering AEPS is minimal just a micro ATM- a biometric authentication enabled hand help device which brings banking at the doorstep. Secondly, interoperability between the vast majorities of Regional Rural Banks that AEPS has enabled has effectively widened the accessible network for the benefit of consumers who can now transact at any bank’s BC.

Post demonetization, it is this accessibility that is driving the adoption of AEPS. The NPCI reports that in Oct 2016 there were over 3.51 crore AEPS transactions. In July, this year that number surged to over 10.19 crore – nearly a 3-fold increase. Rural transactions also rose sharply from 2.1 million in December 2016 to over 6 million in April 2017. The variety of transactions is also growing. In July, this year 70% of the transactions still related to cash deposits and withdrawals and 30% of the transactions were about balance enquiry and funds transfer. There seems clear evidence that the rural consumer is getting used to transacting digitally and becoming more sophisticated at doing so.

Jose Thattil, CEO of Phi Commerce says, “India’s rural market will be the next great growth engine for the economy with its 850 million consumers who already contribute half of the nation’s GDP. The rural consumer is aspirational, wants to purchase high-quality products, and increasingly also has the means to do so. In this scenario, it’s my belief that AEPS will be at the forefront of a digital payments surge in India – driven by the newly-digital rural consumer.”