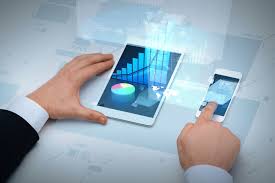 In a unique initiative to give a boost to the learning of science, technology and mathematics among the youth-especially the school students, VidyarthiVigyan Manthan (VVM) - a nationwide science talent search examination will be held on 26th November. This programme has been organized by eminent scientists and academicians associated with VigyanPrasar (VP) - an autonomous organisation under Department of Science and Technology and National Council of Education Research and Training (NCERT) of Ministry of Human Resources and Development and Vijnana Bharati

A record number of over 91,000 students from 2078 centres across the country are expected to take the test on the same day. One of the unique features of this examination is that the test will be conducted online. Students will attend the exam through the various digital devices like, mobile, tablet, laptop or desktop in line with the vision of Digital India Campaign.

A Mobile app called the VVM App was  launched at a function in the national capital today by the Union Minister of State for Electronics and Information Technology and Tourism, Shri Alphons Joseph Kannanthanam. The National Secretary General of Vijnana Bharati, VIBHA, Sri Jayakumar was present on this occasion. After the App release, nearly 125 students appeared in the mock test during the function as a demonstration of the online examination in the presence of Honourable Union Minister.

In his remarks, the Union Minister of State for IT, Shri Alphons said it will provide a platform to the India’s generation next to imbibe the values of science and technology for a better future. Shri Jayakumar highlighted the different aspects of VVM and urged the students to practice on the Mobile for this test and be a part of India's Digital Mission
The syllabus for VVM to assess the students in phase-I are; 1) Science and Mathematics’ (40%) of NCERT syllabus of respective classes, 2) Indian Contribution to Science (20%) (Specially designed reading material) Published by VIBHA, 3) Biography of Dr.Vikram Sarabhai and Dr.Homi Jahangir Bhabha (20%), it is the motivational glimpses of the Indian Scientist of the Year (Specially designed reading material) and 4) General knowledge, Logic and Reasoning (20%). The VVM study material is made available to all students on the website from 01 October 2017. The examination will be conducted for two sections, junior classes (VI-VIII) and senior classes (IX-XI). However, for the evaluation purpose, students from respective classes will be compared separately.
VVM is going to attempt the Guinness Book of World Record for largest online science examination for school students wherein more than 91 thousand students from 2078 centres across the country will be appearing in the examination. All the registered students will go through the mock tests to get them acquainted with the VVM APP for final examination scheduled on 26th November.
VijnanaBharati (VIBHA) is one of the largest science movement in the country led by eminent scientists and to inculcate  and generate scientific temper, foster excellence in students and nurture and mentor them for their careers in pure sciences. Through VVM programme, India’s generation next  will be made aware about the India’s Rich Contribution to Science from ancient period to modern times. Registered students will undergo multilevel testing. Successful students will get a chance to undertake study tours and interactions with renowned scientists of our country as well as abroad.
Government industry mobility