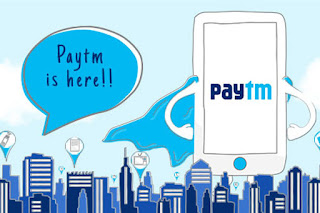 SoftBank-backed Paytm, India’s largest mobile payments and commerce platform announced that over $1.6Bn worth of payments were processed on its platform during Diwali season (starting 20th Sep till 20th Oct). The platform witnessed 3.5X increase in online and offline payments during the festive season as more consumers used its payments service during the same period as compared to last year.

Paytm registered growth across all its payment use-cases and categories. Food outlets, transportation and offline retailers have contributed the most to the overall surge in transactions, with more than 60% of the incoming growth is from tier II and tier III cities. While larger cities like New Delhi, Mumbai, Bangalore and Pune have experienced this transformation in payment behavior, this trend is now being led by smaller cities and towns like Jaipur, Ahmedabad, Mysore and Vishakhapatnam among others where local vendor communities continue to embrace Paytm in their daily lives. This trend was repeated on Diwali and Bhai Dooj weekend, which saw 2X increase in transactions as compared to last year.

The company has earmarked over Rs. 250 crore during this period to bring the next leap of mobile payments growth across the country.

Kiran Vasireddy, COO – Paytm said, “Mobile payments has become mainstream over the last few quarters. Owing to the convenience and security, people prefer Paytm to card and other modes of payments. It’s encouraging to see that a majority of growth in offline payments is from smaller towns and cities. This has resulted in over $1.6 Bn worth of transactions in a month, making this the largest Diwali for mobile payments in India.”

Paytm was the first company to invest in QR-based payments and its unique scan-to-pay user flow is fast becoming ubiquitous with mobile payments across the country. More than 5 Mn merchants across India accept Paytm. The company’s strong merchant onboarding efforts combined with its zero cost payment solution, large customer base and breadth of use cases has enabled it to build the largest and fastest-growing payment network in the country.
Paytm softbank