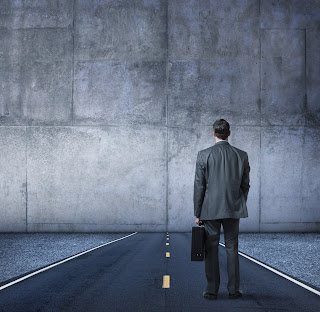 The 2017-18 edition of the Volvo Ocean Race was flagged off at Alicante, Spain today, with HCL Technologies as the strategic IT services provider. Theleading global IT services company has provided end-to-end infrastructure support as well as connectivity between the Race Village and the Command Centre in Alicante further connecting them to 12 Host Cities on the race route globally. The world's longest and toughest professional sporting eventbegan today at Alicante and will finish eight months later at The Hague.

At the flag-off, Jordi Neves, Chief Digital Officer, Volvo Ocean Race, said:“Over four decades, Volvo Ocean Race has drawn some of the greatest ever sailors. This edition of the race will be more digitally focused than before, with HCL as the strategic IT services provider.This edition is also special for us as we embark on a major Sustainability Program in partnership with the UN EnvironmentClean Seas campaign, to showcase our commitment to the health of oceans.Sustainability is at the heart of the race locations, as we want to contribute towards keeping our oceans plastic-free and advocate reducing the use of fossil fuels.”

Volvo Ocean Race - Facts
Volvo Ocean Race is often described as the longest and toughest professional sporting event in the world
VOR is one of the World’s biggest three sporting events, alongside the Olympics and America’s Cup
There is no prize money for the winners, but seeing one’s name etched into one of the silver rings of the Volvo Ocean Race Trophy is a prize beyond compare
More than 1.5 billion cumulative audience follows the race
There have been 12 editions of the race to date, staged every four years at first, before the cycle moved to every three years from 2008-09
For the 2017-18 edition, the race has introduced rules that give teams a major incentive to include women as well as men

Speaking about HCL’scollaboration with the Volvo Ocean Race, Ashish Gupta, Corporate Vice President - ITO and Infrastructure Services Sales EMEA HCL Technologies, said:“HCL Technologies is elated to have partnered with the  Volvo Ocean Race as its strategic IT services provider. The world has become hyper dynamic and sailing is amongst the most dynamic of sports. We see our association with the Volvo Ocean Race as another example of our Mode 1-2-3 strategy to meet customer’s business objectives and demonstrate leadership capabilities across next gen technologies. We are uniquely placed to develop lean and agile 21st century enterprise solutions.”

For the Volvo Ocean Race, HCL has deployed lean and agile models and IPs with more than 1300 products and systems, customised for varying operational conditions at each of the 12 Host Cities to deliver a high-quality experience for the expected 3 millionvisitors to the Race Villages around the world. HCL’s teams from around the world have come together and worked tirelessly to drive a world-class, experience for the millions of race followers, who will be using the latest digital technologies to get closer than ever to the action.

The Volvo Ocean Race is the longest race in the world, where over 8 months, 7 yachts race across 4 oceans to reach 12 ports in 6 different continents. During these 8 months, a 1.5BN+ cumulative audience follows the race. The 2017-18 edition of the Volvo Ocean Race comprises of teams includingteam AkzoNobel, DongFeng Race Team, MAPFRE, Vestas 11th Hour Racing, Sun Hung Kai Scallywag, Turn The Tide on Plastic and Team Brunel. This edition of the race features three times as many Southern Ocean miles (12,000 nautical miles) than its previous edition and willend inThe Hague by June 2018.

The Volvo Ocean Race partnership furthers HCL’s credentials in the sporting arena and follows the company’s global engagement with Manchester United where HCL was selected as the club’s official ‘digital partner’.