Doctor Insta to raise $4 million for further expansion in India 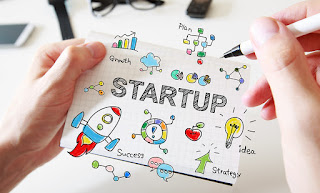 Doctor Insta has announced its plans to raise the next round of funding of $4 million to further expand its operations in the country. BIORx Venture Advisors Private Limited (BIORx) which is a highly specialized financial and strategic advisory company will be the exclusive partner for Doctor Insta to manage their fund raising portfolio.Following its inception in December 2015, Doctor Insta has raised over $3 million funding which was led by RoundGlass Partners (Seattle, Washington) and BrahmaXVentures (Los Angeles, CA) which were utilized to set up operations in India across consumer and corporate verticals.

Doctor Insta is currently running its services at a pan-India level through B2C (retail) and B2B2C/ B2G Channels (corporate & governments). This year the company has collaborated with large companies such as American Express, SRF, Channel Play, Videocon, Muthoot Finance etc. through which it has covered more than 3,00,000 employees and their families.

Commenting on the partnership, AmitMunjal, Founder, and CEO, Doctor Insta said “We are on the threshold of redefining the telemedicine space in India and establishing ourselves as the go-to platform by further expanding our pan India presence.The entire team at Doctor Insta is extremely delighted to join hands with BIORx as our trusted investment management partner as we believe the new round of funding will provide further impetus to our growth which we plan to utilize in expanding our team and service portfolio”.

Doctor Insta has also partnered with UK based Healthcare Artificial Intelligence Company, Your MD and US-based 2nd Opinion Consults Platform- Second Opinion Experts. With an aim to fulfill almost all medical requirements of the customers, the company is striving hard to make alliances where the customer is benefitted the most. With these alliances, customers can now have second opinion consultations, pre-operation prospecting, and post-operation follow-ups.

Doctor Insta currently conducts over 1000 consultations a day across various issues on its App which runs on Android and iOS devices. Since its inception, the company today has over 5, 00,000 app installations and more than a million users. Presently, Doctor Insta provides consultation across Medicine, Dermatology, Gynecology, Sexology, Diet & Nutrition, Gastro, Pediatrics, Psychology, Neurology, and Urology.