Where are India’s smartest coders? TechGig’s ‘Virtual Campus League’ has a clue 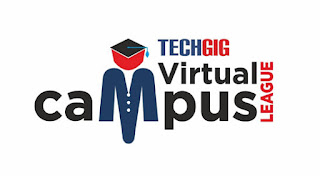 Coding contests are the new craze among young techies and this fact has been reinforced again by the participation numbers at the TechGig Virtual Campus League. This coding contest – which began on August 21, 2017 has more than 21,000 verified entries so far. Since this contest invites applications from technology students and fresh engineering graduates, its word of mouth reach is helping the numbers swell quickly.

The next big question is, who will ace this contest? Which language will have maximum participation? Which city is likely to have the winner?

Taking a clue from past code contests held at TechGig, these could be the probable answers:

Uttar Pradesh may take home the title for having most talented coders, followed by Karnataka and West Bengal
Most participants could come from the NCR region as previous contests have maximum participation from there, followed by Tamil Nadu and Karnataka. These locations are institutional hubs also
Smaller cities like Solan, Howrah and Kharagpur could emerge as the new destinations in coding landscape
On language aspect, C, followed by Java, may be the favourite with participants this time too
TechGig has hosted many coding contests in the past, and if these trends are an indication than the probable winners for Virtual Campus League could be on the same lines.

Commenting on this analysis, Ramathreya Krishnamurthi, ‎Business Head, TimesJobs and TechGig said, "Coding contests are trendsetters for both the students and companies. The emergence of student cities, as quiet as Solan in Himachal Pradesh or Howrah in West Bengal, proves that smaller cities have no dearth of talent or enthusiasm. These are the upcoming talent hotspots. Also, the fact that Uttar Pradesh, Karnataka and West Bengal had most participants proves that the number of colleges in these states are still bubbling with talent and these could be the immediate talent producers".

TechGig Virtual Campus League allows current engineering students and recent technology graduates to showcase their coding prowess to the employers directly. That really creates a level-playing field for students of all colleges because most often the campus hiring regimes tend to reach out to a handful of colleges only.

While the available trends are strong indicators, the actual results will be out after October 15, 2017 when this contest concludes.
coders techgig virtual campus league