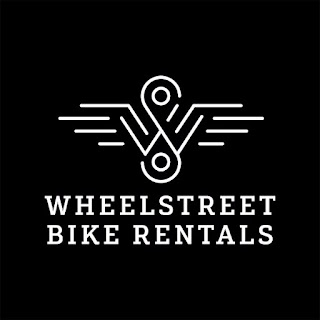 Wheelstreet, India’s largest Motorbike rental marketplace has won a spot at the Y Combinator Summer 2017. YC is an American seed accelerator and is ranked as a ‘Platinum Plus Tier U.S. Accelerator’ by Forbes, 2017. The recognition from Y Combinator also gives Wheelstreet a USD 120K seed investment to support them with their growth. Wheelstreet had previously closed funding of $500K (around INR 3.4 Cr.) in a funding round from Broadbean Capital services, an early-stage seed and a Pre-Series A venture fund.

YC adopts a complex shortlist process which takes several months. Partners at YC take your interview and review the company on multiple parameters. It is a 3-level process which includes form submission, a video call interview, followed by a face-to-face interview at YC.

Adds Pranay Shrivastava, Co-Founder & CEO: Wheelstreet, “In India the humble bike also known as the two-wheeler is the main mode of commute even today, and this is a huge market that has been largely overlooked. We discovered this opportunity well in advance and were the first movers to tap the market. We have been witnessing healthy growth as a result and furthermore the growth potential in this billion-dollar segment exhibits good unit economics and a low CAC. Wheelstreet has been profitable for some time now and we plan to further expand this business PAN India, to firmly establish our position as market leaders. Nevertheless, this is just the beginning as there are over 28000 bike vendors in India currently and only a mere 1% of this segment is online. We believe that we still have a huge market opportunity to tap into and YC will go a long way in helping us achieve our objectives.”

“Being a part of the ‘Sharing Economy’ which has the potential of 30 Billion USD – Wheelstreet is in its third year of operations currently and has been growing at a rapid pace clocking over 60% growth month on month in several quarters. Knowing the fact that India sold over 17 million units of two-wheelers, making it the largest two-wheeler market in the world, throws open a huge opportunity for the Bike renting platform. Our focus in the Indian market for the last couple of years has given us traction in the top 30 cities in India. This opportunity with YC will aid Wheelstreet in further establishing its presence in India and then to be followed by global markets.  The company is also in the process of launching automated bike pickup and drop locations around the country to be operated without any human intervention.” - adds Moksha Srivastava – Co-Founder & CMO, Wheelstreet.

Adds Jared Friedman, YC Partner, “YC's mission is to find and help founders that have the potential to build the next billion-dollar company. India is a hotbed of creativity and talent, and we've seen a growing number of promising startups from the region. Wheelstreet is one such example and we believe they can organize the fragmented bike rental space in Asia. The strong Wheelstreet team has succeeded in building a robust operation within a short span of time. We wish them the very best and look forward to partnering them every step of the way as they grow.”

“Technology is the backbone of any company and when it comes to consumer facing apps/interfaces, we need to keep in mind certain aspects which reflects the company’s USP. Wheelstreet as a result sports best in class products in this space with features such as real-time availability tracking and remote problem solving capabilities for bike vendors. With these novel offerings, we are confident that no other product parallels our solution in the market place today” adds JD Pawar, CTO, Wheelstreet.