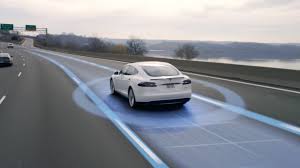 As car technology continues to evolve, more and more people would be open to the idea of autonomous vehicle capable of improving not only the lives of the drivers, but the economy as well. Each and everyone would want a car that would bring us around as we do other things.

For the past few years, automakers are doing their best to show all the benefits that can be enjoyed from autonomous cars-- not only can it help a person get around easily, it could also ensure one's safety. Improved safety means that economy would be able to benefit as well.

Wherein, various types of autonomous vehicles would be able to safeguard human drivers and provide assistance at the same time. For that reason, allow us to discuss the top 5 ways autonomous cars will impact the U.S. economy.

1. Be Able to Save Time and Fuel

One of the few ways a self-driving technology would be able to benefit the US economy is the fact that it could actually resolve the inefficiencies related to city parking. Those who are living in major cities, such as Los Angeles and Miami would agree that finding a parking lot is almost impossible, mainly because the drivers would want to be able to park as close to their destination as possible.

Fortunately, since autonomous cars are cleverly linked together as a single system, this could actually resolve the issues involved with parking in large city environments. Basically, these cars would be able to work hand in hand in order to make efficient parking decisions according to the positioning of the vehicles, destination, and other important variable worth considering.

With this kind of information system of autonomous vehicles, it can lead to lesser consumption of energy used in searching for parking spaces, which could also help the drivers save a lot of time.

The inadequacy in traffic affects the human drivers the most-- this can often be experienced in the form of money and time. Aside from that, these inefficiencies could also have a bigger impact on the environment.

It doesn't matter if a car runs with electrical energy or fossil fuels, the vehicle's inefficiency would depend on certain conditions. Unfortunately, driving issues will never be excellent; for that reason, a lot of vehicles suffer from decreased performance efficiencies from the start.

With autonomous cars, this can be fixed, and the main way that these vehicles can be entirely built on into the public road is once they learn how to respond with traditional traffic equipment, such as hazard cones. Future traffic safety equipment will have beacons and other instruments to help self-driving cars navigate through city streets and arrive to their destination safely even with roadway construction.

With the rise of autonomous vehicles, the car insurance industry would also be affected in a way that they would be required to undergo a complete transformation. For one, driver liability insurance would no longer exist with the advent of driverless vehicles.

Although most would think that this sounds a little impossible for now, Volvo has already declared that it would be taking full liability if one of its autonomous cars gets involved in an accident. Likewise, having product liability instead of a driver's responsibility is more practical, and a lot of insurers prefer that.

You can think of it this way; similar to kids on a hoverboard that burst into flame; the manufacturer is the one to be blamed. Same goes with autonomous cars, in case something goes wrong, it would be the fault of the manufacturer. That's why having it insured is highly advised.

With self-driving vehicles, expect that these would come with several sensors that would eliminate distractions and drunk driving. Which only implies that with autonomous vehicles, repair shops would lose a big part of their business, because crashes and collisions would be less likely to occur.

Likewise, the need for new auto parts would also be affected, that steel manufacturer and part producers would experience a lost in income. To support that, in 2010, there has been around 20 million vehicles damaged due to accidents, and this lead to an economic cost of around $70 billion in property damage-- as detailed by the US department of transportation.

With autonomous vehicles, there will be a loss in revenue, which would put manufacturers in a negative light.

Around 90% of car fatalities are a result of human failure. With self-driving vehicles, there would be a tremendous reduction in the number of traffic accidents, which would affect the insurance revenue model. Furthermore, as the risk of traffic accidents drop down, the demand for insurance policies will also drop down.

Aside from that, personal injury attorneys would also witness that the request of the services they offer will go down. For example, vehicle collisions, which has around 35% of all civil trials in 2005 would be eliminated once the use of automated vehicles takes place.

Although this may look like a small amount, more than 70,000 lawyers in the US are part of the personal injury field, and that covers around 6% of the total population.

Overall, with the rise of autonomous vehicles, one can expect that it would benefit the economy. There are also some areas that would be affected-- especially the ones that are related to the traditional driving experience. Despite that, one can't deny that this type of technology could make driving tasks less tedious, safer, and more economical. 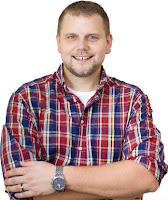