The Business Value of Automation 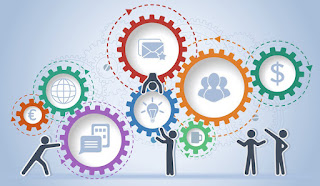 Many enterprises have now reached a stage where managing the scale of their IT infrastructures is becoming a challenge second only to increasing the speed of provisioning. A broad spectrum of technologies, solutions, processes, and skillsets is available to help manage a large scale environment. Among management technologies, automation is one of the most powerful.

Automation is not merely a technology choice. First and foremost, it’s a business choice.
Without automation, supporting the growth of your business can be increasingly complex, to the point of becoming impossible beyond a certain scale. If it’s true that software is eating the world, as the well-known venture capitalist Marc Andreessen said in 2011, and if it’s true that every company is becoming a technology company, as the Chief of Research at Gartner said in 2013, then automation becomes a must-have tool in the hands of the business, not just of the IT organization.

Here are four key reasons why automation is critical to managing a large-scale IT environment:

Highways are a good analogy to explain the concept. When the population in a geographical area grows, the government is forced to develop the infrastructure to support the additional cars. In some places, these highways must be equipped with toll gateways to regulate the access, and toll gateways must be operated by humans, each performing thousands of repetitive operations per day. In turn, the newly built highways attract even more citizens in the region, and more cars on the road. The government can deal with the spike in traffic either by adding more gateways and hiring new people to manage them, or it can make the existing highways more efficient by implementing automated barriers and automated access systems.

Electronic tolls enable more cars to access the highway in the same amount of time that human operators take: by eliminating the brief stop at the toll and the interaction between the driver and the human operator or the cash machine, automation allows each car to move through the toll at a higher speed, in less time.

In the same way, IT automation can help your Operations team to manage more workloads over the same working hours, reducing the need to hire more staff to support the growth of the infrastructure.

Beyond a certain point, success often leads to a diversification in the market demand, as your popularity attracts a broader audience. In an enterprise environment, this dynamic implies that some of the Lines of Business (LoBs) that you are serving may eventually start requesting services that are outside the planned offering or far more complex than what originally anticipated.

For example, after a cloud computing environment designed to offer a few highly standardized services becomes highly successful, the organization may experience a raising number of requests to serve complex custom services. Each of those custom services includes many application tiers that must be coordinated in terms of provisioning, configuration, sequential system updates and patching, migration (if necessary), and retirement. The risk is that this newly introduced complexity, paired with the scale you reached, lessens productivity if not properly managed.

Let’s use a different analogy to explain how automation can simplify by orchestrating complex systems: the automatic transmission in a car. In modern cars, the transmission is managed by a computer which operates the gearbox and the clutch, coordinating them with engine, brakes, wheels and many other components. Automating the gear shifting task reduces the amount of work required to drive because it simplifies the entire process, for example by removing the need to monitor the tachometer.

The simplification introduced by the automated transmission is particularly useful when a certain aspect of driving must be repeated over and over. For example, thanks to automation, the continual operation of accelerating, stopping and re-accelerating when stuck in traffic during rush hour doesn’t require the driver to shift gears endless times.

Like the automatic transmission in your car, an automation tool is designed to deal with a large number of moving parts at the same time, taking care of repetitive tasks and keeping all the pieces together while delivering predictable results.

Moreover, to comply with regulations and reduce emissions, car manufacturers have introduced more efficient gearboxes made of eight or even 10 gears. Manually shifting eight gears not only would be complex and distracting, but it would also almost certainly result in highly inefficient driving.

In the same way, automation tools can simplify your experience of deploying and maintaining applications of increasing complexity, from the multi-tier service composition to the configuration of ancillary components such as networking and firewalls.

Even the most talented member of your IT operations team is human, and humans are prone to mistakes. The larger and more complex an environment, the higher the chances for mistakes.
For example, large-scale environments easily force the IT organization to deal with time pressure and stress. The psychological stress comes from the realization that a task, even a simple one, can’t be accomplished across all the managed machines in the allocated amount of time with a low probability of errors.

It must be also considered that growing complexity leads to more articulated operations that need to be performed. Highly complex tasks require constant focus and precision – skills that not all team members may possess.

Back to our car analogy. The autopilot feature recently introduced by Tesla is a good example of how automation can assist humans and help them to avoid mistakes. Driving is certainly a complex task but yet manageable by humans. Automation here, while not yet perfect, can be two times more reliable than human drivers.

Less Uncertainty: Automation Prepares You for the Future

So far I talked about the value of automation in facing today’s challenges, but automation can do more than that. Automation can also better equip organizations to face the uncertainty of the future.

As an abstraction layer interconnecting many elements on the enterprise IT and operating at scale with minimal effort, automation can be seen as an extensible platform that can evolve and adapt to market changes.

Automation as a platform builds upon the foundational elements you already have in your computing environment, simplifying the evolution of existing services and the creation of completely new ones.

For example, automation can simplify the deployment of existing applications across new public and private cloud infrastructures that don’t exist today.

In another example, automation can make it easier to combine new IT components, like a new Identity and Access Management (IAM) service, with existing ones, to help create new offerings at a fraction of the time otherwise required to re-engineer the whole stack from scratch.

Let’s take the automatic gearbox analogy to another level. Think about an highway with a long queue of cars progressing at a very low, tedious speed. To reduce the annoyance of driving in queues, several manufacturers introduced a technology called Adaptive Cruise Control (ACC). ACC uses information from sensors like radars and cameras to instruct the car’s control systems to automatically follow the vehicle in front, adjusting speed and stopping when necessary. The development of such technology, exactly as for the autopilot, has been possible thanks to the automation of several car components, pioneered by automatic transmission. In this example, automatic transmission is a key building block for car innovation. As car manufacturers introduce more and more new features, the automatic transmission acts both as enabler and actuator of many new capabilities.

In summary, automation is not just a great tool to deal with today’s market demands, but it can also be a fundamental building block to help sustain the growth and evolution of your business tomorrow. However, as I said at the beginning of this post, automation is just one of the many technological, operational, and cultural elements that you may need to introduce in your organization as part of a digital transformation journey. Automation alone is not enough.