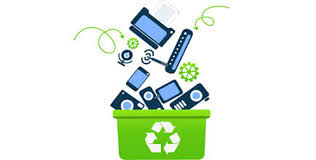 By 2020 India’s e-waste from old mobiles and computers will rise by about 1800 per cent and 500 per cent respectively by 2020 as compared to the levels in the year 2007, according to an ASSOCHAM-KPMG joint study.

India discarded approximately 18 lakh metric tonnes of e-waste in 2016 which is about 12 per cent to the global e-waste production. India is the fifth largest producer of e-waste in the world and recycles less than two per cent of the total e-waste it produces annually, the Ministry of Environment, Forest and Climate Change rolled out the E-waste (Management) Rules in 2016 with the aim of reducing e-waste production and increasing recycling in the most efficient manner.

Under these rules, the government introduced Extended Producer’s Responsibility (EPR) which makes producers liable to collect 30 per cent to 70 per cent (over seven years) of the e-waste they produce, reveals the ASSOCHAM-KPMG joint study.

The industry is unable to cope up with these targets as majority of the e-waste collected in India is managed by an unorganised sector. Also, informal channels of recycling/ reuse of electronics such as repair shops, used product dealers, e-commerce portal vendors, etc. collect a significant proportion of the discarded electronics for reuse and cannibalisation of parts and components, adds the study.

Accompanied by the huge size of the population and rising electronics users in the country, managing an unorganised sector to achieve such high targets may not be feasible. Thus, the ASSOCHAM suggests that the government may look at collaborating with the industry to draw out formal/standard operating procedures and a phased approach towards the agenda of reducing e-wastes to the lowest.

Alternatively, the government may also refer methods adopted by other countries for efficient collection and recycling of e-wastes. For example, South Korea, one of the largest producer of electronics managed to recycle 21 per cent of the total 0.8 million tonnes of e-waste that it produced in 2015, noted the joint study.

Seoul recycles all the e-waste that it produces. It has set up the Seoul Resource Centre which receives 20 per cent of the Seoul’s e-waste for extraction of valuable metals such as gold, copper, etc. The remaining 80 per cent of Seoul’s e-waste is used entirely for landfilling. The government may also evaluate privatisation of recycling like in the United Kingdom wherein a private company, ‘Concept’ governed by the public body, Electrical and Electronic Equipment (WEEE) Directive has been handed over the responsibility of collecting and recycling e-wastes in the UK, mentioned the study.

The industry is of the view that the government may increase the Merchandise Exports from India Scheme (MEIS) incentive and introduce new incentives to attract more players in the market and to encourage the existing players to ramp up manufacturing Implementation targets of e-waste collection need to be reviewed, as against the current requirement, to ensure compliance across the industry.