Indian Consumers Want Female and Funny - But Not Serious - Chatbots 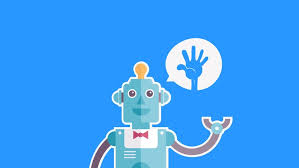 Customers of Indian communications and media service providers have given their critical judgment on use of artificial intelligence (AI) for customer care and commerce, and said how they want software robots or chatbots to serve them in a new study of over 1000 consumers. As part of the study, a survey of senior decision makers on AI spending at India’s largest communications and media companies also revealed how plans for a rise of the robots for frontline customer interactions could be hampered by wrong investment choices and a lack of human talent. These are part of the findings from a commissioned study conducted by Forrester Consulting on behalf of Amdocs in the Americas, Europe and Asia.

Love their speed and convenience but don’t force robots on us until they’re more human and smarter, say consumers

Forty-five percent of consumers interact with virtual agents at least once a week because its more convenient (47 percent) and quicker (46 percent), but 47 percent say this is only because they had no other option. If offered a choice, 79 percent would prefer to speak to a human since human agents better understand their needs (82 percent) and can address multiple questions at once (62 percent). Bots, say consumers, cannot deal with complex requests (their biggest problem), understand human emotions (second biggest problem) or deliver personalized offers as well as humans (third biggest problem).

Consumers also have strong views on how they want bots to look like and behave. More than half (53 percent) prefer their bot to look like a human, as opposed to 19 percent who want to see an avatar and 16 percent who want to see an icon. Although 36 percent don’t care either way, 43 percent prefer them to be female, rather than male (21 percent). Sounding polite (1), caring and intelligent (tied 2nd) are by far the highest in terms of preferred bot personality traits, followed by sounding younger than me (3) and funny (4). But, sounding serious and sounding posh rank bottom (9th and 10th) with only 14 and 11 percent of consumers, respectively, saying they would appreciate this.

Service providers are not investing in the right areas in terms of their AI investments. Eighty-three percent are prioritizing AI investment in increasing speed of response and 50 percent in information security and privacy. What customers rank as top areas for improvement such as bots delivering better personalization or more comprehensive information are lower on service providers’ priority lists with 33 and 17 percent, respectively, prioritizing these. Forty-four percent of service providers are also creating icon images for their bots and 25 percent are creating avatar images, while consumers prefer bots to look human-like. They are also investing in features that consumers don’t find as desirable, with more than a quarter of service providers (27 percent) building their bots to sound serious and a fifth (20 percent) to sound posh.

Inability to grow, not cut, human workforce is the biggest risk to AI strategies

All service provider AI decision makers say that 85 percent of customer interactions will be with software robots in five years’ time. And most of these decision makers (84 percent) fear they are lagging behind their competitors in the use of AI to improve the customer experience. To catch up, 83 percent plan to expand their AI workforce and increase their AI budgets by at least six percent in the next 12 months.

But this expansion might still not be enough. Contrary to the common perception that tomorrow’s service provider will be run more by robots than humans, relatively few service providers (17 percent) see AI as an opportunity to replace a large number of staff across the business, and none see it as an opportunity to replace human customer service jobs specifically. All decision makers (100 percent) actually see the lack of human skills to set up and run AI as the number one risk to delivering on their AI strategies, ahead of the risk associated with early technology prone to failure (33 percent). The majority (83 percent) are seeking external support, predominantly from their existing vendors as opposed to native AI solution providers (60 vs 40 percent).

“Consumers have a good sense of how bots can serve them, better-developed than perhaps the industry’s. Their level of frustration with today’s bots is striking; a third even say they will take their business elsewhere if the poor service continues,” says Gary Miles, general manager at Amdocs. “The good news is consumers actually believe that if anyone can get AI right, the communications and media industry can. And that’s ahead of banks and retailers. So AI could be a winning gambit for service providers as long as they sync up their AI investment priorities with what customers actually want.”

“The research shows, however, that service providers do not believe they will be able to achieve this on their own,” continues Miles. “Most are turning to their existing vendors and not to native AI solution providers, probably in order to ensure AI does not become another tech silo that is hard to scale and manage. Our new Smartbot solution with Microsoft announced today is an example of how Amdocs has enhanced its portfolio with unique skills and solutions to help our customers grow confidence and capabilities in this area. It provides service providers with telecom-specific AI capabilities for offering highly personalized and emotionally-aware bot interactions, which is something consumers are clearly missing in today’s bots.”