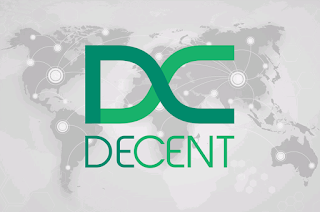 Equidato Technologies AG, joint venture between DECENT, the blockchain content distribution platform, and Venaco Group, independent SAP and innovation firm, is announcing the formation of SophiaTX – a blockchain platform and marketplace for businesses of all sizes. The venture makes them the first open source platform ever to primarily integrate blockchain technology with SAP, allowing both users and integrators to use blockchain.

Integrating SAP and blockchain offers enormous potential for both users and the global economy. 87% of global businesses and 98% of the top 100 most valued brands in the world use SAP software, touching $16 trillion of consumer purchases and 74% of transaction revenue worldwide every year. This market could be crucial in blockchain achieving, and possibly exceeding, current estimates that it will enable 10% of global GDP by 2027.

The SophiaTX platform can be thought of as three components. It consists of a blockchain built on DECENT’s proprietary blockchain technology, specifically developed and enabled to power a B2B transaction engine; a development platform with integration APIs to SAP and other enterprise applications; and a marketplace for a global community of experts, consultants, and developers to buy and sell apps. It is open source, and tailored to allow traditional enterprise applications to be extended to more robust, collaborative and decentralized blockchain-enabled business models.

SophiaTX is a project led by Equidato Technologies AG, a Swiss based joint stock company formed for the venture by veterans of best-in-class SAP integration experience. The business will hold an ICO (initial coin offering) later this year.