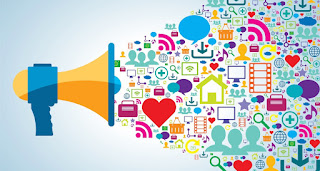 The most powerful and innovative direct marketing strategies elicit a reaction in the target audience both physically and through the email marketing. After a huge success of direct marketing brands/startups are now focusing more on indirect advertising. Experiencing the new wave of revolution and new marketing trends, brands apart from focusing only on advertising are now even becoming title sponsors of known tv reality shows. One such important benefit of the association is engaging and reaching out to the audiences on a daily basis through innovative in Programme integration.

Here is the list of top Brands/Startups who have collaborated with TV Reality shows in the past and will collaborate to make huge success with the partnership:

Bigboss and Snapdeal: Snapdeal has been a title sponsor for Big boss for consecutive two years, after telecom operator Vodafone's five-year deal with the channel ended. Sources reveal sponsorships have seen a 10-12 per cent increase in rates since last year.

Splitsvilla and Vivo: MTV has announced the 10th season of its flagship non-fiction property Splitsvilla with a renewed take on the concept of dating, sporting the theme ‘Catch Your Match. Vivo is the title sponsor for the reality show Splitsvilla

Droom and MTVDropout: From Bill Gates to Sachin Tendulkar, people who have become some of the most iconic figures in our country have achieved what they have only because they had strong vision, resilience and courage to back their passion in achieving that vision. In keeping with the same spirit, Droom, India’s pioneering online automobile transactional marketplace has now become the title sponsor for MTVDropout, India’s first start-up reality show that seeks to find out India’s next big entrepreneur. Sandeep Aggarwal, Founder – ShopClues & Droom is a Chief Mentor to the participants throughout the show, along with the founders of two other Internet startups.
brands industry startup