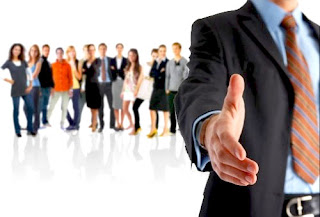 Roll out of 4G technology with an increase in data, entry of new players in the market, introduction of digital wallets, popularity of smart phone leading to consistent increase in demand for technology and other developments in the telecom sector likely to increase job opportunities by 30 lakhs by 2018, according to an ASSOCHAM-KPMG joint study.

Emerging technologies such as 5G, M2M and the evolution of Information and Communications Technology (ICT) are expected to create employment avenues for almost 870,000 individuals by 2021, reveals the ASSOCHAM-KPMG joint study.

The existing manpower in the sector may not be adequate both in number as well as in skill to cater to the upcoming demand. There is a need to bridge the gap in skill which on the one hand would require identification of skilled manpower in diverse roles such as infra and cyber security experts, application developers, sales executives, infrastructure technicians, handset technicians etc. as well as on the other hand reskilling of existing manpower working on existing technologies for them to be updated with upcoming requirements.

The government initiatives such as ‘Skill India’ have been implemented for the ease of providing sufficient and appropriate manpower to the telecom sector, among other sectors. The Telecom Sector Skill Council (TSSC) has been set up to cater to the demands and skill needs of the telecom sector. However, the Industry recommends more targeted and specialised skill development programmes that would enhance existing manpower capabilities and availability to ensure uninterrupted development of the sector as a whole.

The telecom sector has grown at 19.6 per cent CAGR in terms of subscriber base and at 7.07 per cent CAGR from a revenue perspective over the last few years.

“TSPs have continued to invest in their networks and modernise their existing network infrastructure. Operators CAPEX investments stands at INR 85003 crore during Q1 2017 and the below figure depicts the significant CAPEX investment during the period 2012- 2016”, noted the study.

Operators made these capex investments primarily to deploy new technologies like 4G and 4G-Advanced, to expand their fibre footprint and to acquire spectrum via spectrum auctions. These investments have resulted in increased borrowings for the TSPs and hence led to an increase in debt burden for the operators, resulting in highly leveraged TSP balance sheets.

Indian telecom sector is a highly price-sensitive market with a subscriber base that has majority prepaid subscribers with lower ARPU. Also, competition in the sector has increased thereby putting a pressure on the operator margins.

The increased debt burden on operators coupled with continuous pressure on profitability has affected the financial health of the telecom sector. Further, initiatives from the government to enhance the health of the telecom sector and enable a cost efficient expansion of digital services are required.
The Indian telecom industry has seen a paradigm shift from a voice centric market to a data-centric market. While voice business still contributes a large chunk towards operator revenues, data revenues have shown an exponential growth trajectory over the last few years. By the end of 2016 the number of internet subscribers in India was 391.50 million making India globally the 2nd highest in terms of internet users.

Mobile data traffic also grew by 76 per cent in India in 2016 primarily attributed to increased smart phone penetration. This growing usage of smart phones, especially in urban areas, has increased the usage of internet on hand-held devices – in 2016, 559 megabytes of mobile data was generated per month by an average smart phone, up from 430 megabytes per month in 2015. Consumption of video content is also forecasted to be 75 per cent of India’s mobile data traffic by 2021, compared to 49 per cent in 2016.

Advancements in innovative IoT technologies, like health monitors, smart transport, smart meters among others, is projected to result in 21 per cent increase in M2M services. These advances will result in a significant growth of mobile data, and as the telecom sector moves to newer technologies, TSPs will need to identify innovative avenues to monetise this data opportunity.

The Indian telecom industry is the second largest in the world by number of subscribers. The sector has witnessed exponential growth over the last few years primarily driven by affordable tariffs, wider availability, roll out of Mobile number portability (MNP), 3G and 4G, evolving consumption patterns of subscribers and a conducive regulatory environment. However, the hyper competitive nature of the Indian telecom market and introduction of disruptive tariff plans have put operator margins under pressure and resulted in consolidation via mergers and acquisitions. The telecom sector finds itself in an unenviable position where despite falling ARPU the players are forced to invest significantly in infrastructure and technology upgrades in order to maintain competiveness. Moving up the technology curve and expanding the breadth of coverage is paramount for the industry to provide differentiated value offerings to end customers.