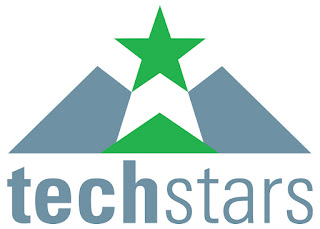 Techstars announced the launch of Techstars India as a joint venture company in partnership with ANSR.

Headquartered in Bangalore, India, ANSR builds and operates GICs and captive centres for some of the leading global companies from the retail, fintech, healthcare and media domains. The ANSR partnership will provide Techstars with a very strong foundation to launch its Indian operations. Having partnered with 27 leading global enterprises, ANSR is the world’s largest company for establishing and operating captive center service delivery capabilities for global enterprises in support of their growth, transformation and innovation agenda. ANSR, through its innovation arm, Kyron, also operates startup led innovation programs for its corporate partners including Target, L-Brands, Lowes and Swiss Re.

With this launch, Techstars is adding India to its international roster, bolstering India's position as a leading global startup ecosystem. India, known for its dominant role in the IT industry and home to captive centers for over 1,000 global enterprises, is rapidly gaining traction as an entrepreneurial hub. Techstars operates worldwide and across the US, including Adelaide, Austin, Berlin, Boston, Boulder, Cape Town, Chicago, Detroit, Minneapolis, New York City, London, Los Angeles, Paris, Seattle, Tel Aviv, and Toronto, and has accepted over 1000 companies globally into its programs. Collectively, these companies have raised over $3.8B USD and have a market cap of over $9.9B. The launch of Techstars India will provide Techstars access to India’s rapidly growing startup and entrepreneur network as well as global enterprises that have established captive centers and startup led corporate innovation programs with ANSR and its innovation arm, Kyron Global.

David Brown, co-CEO of Techstars, said, “We’ve been watching India's growth very closely and its emergence as the third largest global startup ecosystem in less than a decade. There’s so much great activity here and the potential for growth is huge, as one of the fastest growing economies in the world,” he said, adding, “I think in addition to that, India’s prime minister underlining the importance of entrepreneurship and innovation in giving productive outlets to the country’s talent is very positive. It’s heartening to see tech evangelists work closely with the government to lay out a digital infrastructure for the country which startups then can leverage. India is on a tech, digital and startup mission of sorts.”

“This has been a big year for Techstars. We’re 10 years old and have now seen over 1,000 companies in Techstars' mentorship-driven accelerator programs worldwide. We are excited to announce the addition of Techstars India to the Techstars Worldwide Network.”

“ANSR is very excited to partner with Techstars to launch Techstars India. We believe that this is an event of national importance and a huge validation of India’s position as a leading global hub for entrepreneurial activity. The launch of Techstars India will provide an impetus to the rapidly growing startup ecosystem and the emergence of India as a dominant entrepreneurial network. This launch brings to fruition ANSR and Kyron’s pioneering efforts to successfully create a startup corporate engagement corridor towards the emergence of India’s largest startup led corporate innovation platform” said Mr. Lalit Ahuja, CEO, ANSR.

Speaking at the event, Priyank Kharge,Hon'ble Minister of IT, BT and Tourism said, "The Government of Karnataka is focused on building a bolder and structured ecosystem and the collaboration with Techstars is exactly what the Government requires and is the right step forward. Karnataka is India's second largest technology hub and this is validated by the fact that we have all the Fortune 500 companies. Propelled by government policies in the last 3 months, more than 3200 startups have registered with the government. We are also coming up with numerous Centres of Excellence and by the end of August we will have India's first Centre of Excellence for Artificial Intelligence. Karnataka today has reached its maturity as a services industry and now moving forward to R&D and innovation.
ansr industry Techstars