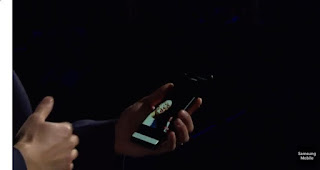 Samsung Galaxy Note 8 has been launched. While it has a number of features to woo users globally, the phone has a cool camera as it sports dual rear camera. It boasts stunning images. The dual camera feature is an amazing feature given the Chinese smartphone makers have already given this feature to their users.

The new phone has a lot of potential for the company. However, it would be interesting to see how the phone behaves in the market. Everyone remembers that Galaxy 7 phones which exploded in a sequence and were banned in several flights globally including India.

We're sure that Samsung has worked hard in making the phone safe and feature-rich. The biggest question is whether it would be able to win back the marketshare it lost with Galaxy Note 7. The new smartphone allows users to multitask with many features. You can navigate from the homescreen. It allows you to combine two apps for fast movement for your favorite apps.

It personalizes your mobile experience with a host of new apps. It comes with more storage and wide screen. It has a bigger screen that will further kill the tablet market and play as your tablet as well. It comes with 6GB Ram, 64GB storage and microSD card slot. It comes with security application, facial recognition and other security standards embedded.