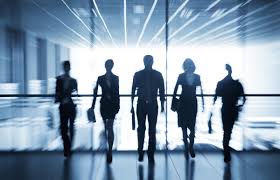 Be it a post office, not in some remote area but in big cities of Mumbai and Delhi, or a public sector bank, state-owned MTNL, BSNL or several other government owned and run organisations, the ease of doing business, especially for a small entrepreneur is missing despite a well-meaning digital drive of the government, an ASSOCHAM paper has noted with concern.

“Experience of hundreds of small entrepreneurs trying to open a current account with a public sector bank throws a discouraging picture.  For opening a current account even for a service –oriented activity of say, accounting, content –writing or giving advisory like cookery, the branch manager in several banks would still insist on registration with some state government department, even when the person does not want any incentive, favour, or even loan from any lending institution. There are bizarre cases where the branch manager would tell the person seeking current account to get a registration from the directorate of industries, when there is no intention to open any industry,” the paper found sharing experience of hundreds of budding entrepreneurs.

It said, the concept of “Start-Ups” should not confine itself to the IIT or IIM pass outs with venture capitalists funding the ventures and making headlines in the media.

“There are lakhs and lakhs of literate and semi-literate individuals wanting to get into the financial system, but are denied the entry”.  Despite so much stress on the financial inclusion programme of the government, opening a current account in a public sector bank is a nightmare for those who are beginners in the business. Despite all the core banking and digital solutions, the voluminous paper work remains intact.

The experience of dealing with transport authorities in different states by those seeking commercial driving licences for starting up an Uber or Ola service is equally bitter while the official cost itself is on the higher side. "The skill development needs support and a friendly hand holding".

The scenario is similar in institutions like post offices.  The post offices in most of the metro cities have implemented the core banking solution which enables faster and efficient service tools. But the mindset of the staff posted in these post offices remains that of a file pusher. “ For every other transaction, they want a photo copy of some ID, even though the KYC formalities have been done; now this is no ease of doing business. “

The ASSOCHAM Secretary General Mr D S Rawat said, the well-intentioned programme of the government can trickle down only when the staff manning the counters and their immediate supervisors are given new kind of orientation.  “For a RuPay card PIN, the post office staff would tell you to come after 10 days, 15 days and offer no online help,”.  In some of the private sector banks, the PIN can be generated automatically within minutes.

The MTNL/BSNL experience  is equally bad with the consumers. “Want to get any changes done in the plan or say from post paid to pre-paid or address change. For each of the procedures, they would insist on separate verification on a toll free number where , the staff picking up the phone is difficult to get. For each of these activities, the staff at the Sanchar Haat would insist on a separate set of ‘Aadhar Card /PAN card”, with no inhouse facility for the customers. Fortunately, there are more than adequate number of alternatives available, resulting in a  loss of market for the state-owned telecom operators.

The ASSOCHAM feeback at the ground level suggests that both the Centre and the states are investing heavily into technology build up; but the staff needs to be given a fresh approach.

“Ideally, youngsters with a strong technology bent of mind should be hired and deployed in the public interface desks while the older staff finding it hard to get adapted to technology solutions can be shuffled within or outside different departments.
assocham industry Staff workforce