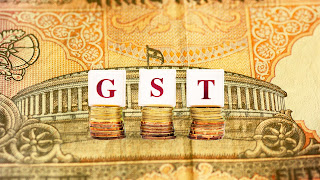 GDP growth for the first quarter ended June 2017 came in at 5.7%, while the GVA grew at 5.6%. Gross Value Added (GVA) represents GDP growth without the impact of indirect taxes and subsidies, giving a better picture of actual economic activity. GVA growth of 5.6% is sharply lower than estimates which pegged the Q1 growth closer to 6.5% and full year GDP estimates for 2017-18 closer to 7.5%. The pressure on economic growth apparently came from the lag effect of demonetization and a slowdown in production ahead of the GST implementation on July 01st as manufacturers focused on offloading inventories.

Among the key sectoral components, agriculture showed a growth of 2.3% in the first quarter compared to 2.5% in the corresponding quarter last year. Manufacturing fell sharply in the quarter from 10.7% to 1.2% with the predominant pressure coming from the private sector SME segment. Even within the service sector the only segments that improved over last year were transport and communications plus government driven services like public services and defence. In this quarter, India’s GDP growth has slipped below that of China.
GDP gst jitters