Everything overrides when it comes to national interest & security: Kiren Rijiju on Right to Privacy 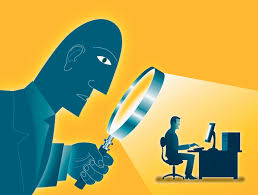 Both individual freedom and privacy are very important but it cannot be unqualified as everything overrides when it comes to the national interest and security, Union Minister of State for Home Affairs, Mr Kiren Rijiju said at an ASSOCHAM event held in New Delhi today.

“When it comes to national security, I personally feel that national interest overrides everything,” said Mr Rijiju while inaugurating an ASSOCHAM Summit on Cyber & Network Security.

Mr Rijiju also said that there is a huge gap in India’s capability and capacity when it comes cyber warfare.

“During the briefings and understanding of how prepared we are with our security officers, I realise that the more we are exposed to this world more vulnerable we have become, I am not discrediting our capability but the reality is what is India’s capability and what is our capacity, there is a huge gap,” he said.

The Union Minister further said that it is imperative to narrow down this gap and fill it up to discourage cyber-attackers from misusing cyber networks.

He noted that governments across the globe have been discharging their duties and carrying out constitutional obligations but they alone can never secure the world.

“Governments can provide the cover security by deploying police and paramilitary forces but both private agencies especially the business communities and the government in the larger context are just partners and need to work accordingly,” said Mr Rijiju.

Talking about the need for spreading awareness amid citizens, he said that it is easier for countries having an authoritarian system to frame and enforce laws but that is not the case with India where there is rule of law and not rule by law.

Terming the launch of Crime and Criminal Tracking Network & Systems (CCTNS) as a major step in in terms of securing the nation, the Union Minister said “Policing is not an easy job and as a large country, the challenge is huge.”

“It is a huge jump in terms of our dream to secure our citizens, assets and national security. It will be further linked with various authorities, judiciary in the courts, in the jails with all police stations of the country, and everything be it the name of crime, criminal, case should be ready at a click of a mouse thereby making our security system very robust,” he added.
assocham Government kiren rijiju right to privacy