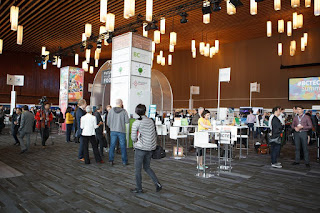 This year, Canada is partnering with India to host the Canada – India Tech Summit 2017, India’s largest knowledge and technology conference and exhibition from 14 – 15 November 2017 in New Delhi. Canada’s Minister of Innovation, Science and Economic Development, the Honourable Navdeep Bains, will lead a strong business delegation to participate in the event.

The Summit is being organized in conjunction with the Indian Ministry of Innovation Science and Economic Development (ISED) with support from the Confederation of Indian Industry (CII).

Key themes include Canada – India bilateral engagement across important sectors related to innovation and technology. This will be an opportunity to showcase Canadian expertise to business and political leaders, industry, think tanks, influencers and researchers from both countries.

The High Commissioner for Canada to India, Mr. Nadir Patel, said: “The Canada – India trading relationship lies at the very heart of our strategic partnership. With our participation at the Canada – India Tech Summit, I see huge potential for our countries to partner in ways that would benefit both our economies. While we are opening doors for Canadians looking to do business in India, I would also want to encourage more Indian tech companies to look to Canada for investment opportunities.”
This event takes place during Canada 150, the 150th anniversary of Canada’s confederation. It also follows on the heels of several recent Indian business missions to Canada supported by the government of Canada, through its network of 8 offices in India, including the High Commission in Delhi and Consulates General and Trade offices.

In June 2017, soon after the High Commissioner for Canada to India led a business delegation of nearly 150 Indian companies to Canada in celebration of Canada 150, more than 120 Indian pulse traders and millers attended the world’s largest pulse convention in Canada. This followed shortly after another Indian business delegation travelled to Vancouver for the Hydrogen and Fuel cells convention and a business mission to explore Canada’s life sciences technology capabilities.  In a short span of 6 weeks, more than 250 Indian business visitors have travelled to Canada, seeking technology and new products from Canada, highlighting the ever increasing trade ties between the two countries.
industry tech summit