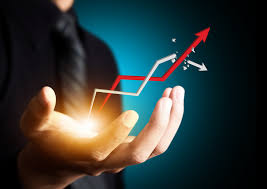 Across Asia Pacific, overall consumer confidence stays buoyed in optimistic territory at 66.9 points, a slight improvement from 62.7 points six months ago, according to the Mastercard Index of Consumer Confidence released today. The 4.2 point increase in confidence was driven mainly by a bullish outlook on the Stock Market (+7.3) and Employment (+5.1). Consumer sentiment remains stable in 11 out of the 18 Asia Pacific markets (within +/- 5 points from the last survey). The Index and its accompanying reports should not be interpreted as indicators of Mastercard’s financial performance.

Boosted by heightened expectations in its economic performance, South Korea has recorded the largest improvement in consumer confidence in Asia Pacific. Optimism in South Korea at its highest level since 1995, and the market’s meteoric leap in sentiment has propelled it from pessimistic territory to very optimistic territory over the last six months. Likewise, Singapore and Malaysia also saw significant leaps in confidence.

Meanwhile, India continues to stay in very optimistic territory at 86.0 points, despite posting the region's largest decline of 9.3 points. Consumer sentiment also saw a slight deterioration of 6 points in Myanmar. According to the Index, pessimism towards Quality of Life was the key driver of decline for both India and Myanmar.

Between April and June 2017, 9153 respondents, aged 18 to 64 in 18 Asia Pacific markets, were asked to give a six-month outlook on five economic factors, namely, the Economy, Employment prospects, Regular Income prospects, Stock Market and Quality of Life. The Index is calculated on a scale of 0 to 100, with zero as the most pessimistic, 100 as the most optimistic and between 40 and 60 as neutral.
Mastercard Index of Consumer Confidence Data – H1 2017