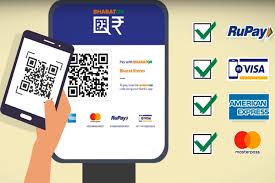 The Eastern Power Distribution Company of A.P. Ltd. (EPDCL) and the Southern Power Distribution Corporation of A.P. Ltd. (SPDCL) are the first state-owned distribution companies in India to accept payments through Bharat QR, the world’s first interoperable quick response code acceptance solution launched by the Reserve Bank of India. As part of the ‘Vizag less–cash city’ initiative underway between Visa and the State Government of Andhra Pradesh, the state has witnessed a slew of initiatives aimed at increasing the rate of digital payment adoption across the masses.

Shri Nara Lokesh, Hon’ble Minister of IT and Rural Development, State Government of Andhra Pradesh said, “We are proud to have EPDCL and SPDCL as the flagbearers of Chief Minister Naidu’s vision to make Vizag, India’s first less–cash city and the FinTech Valley of India. Andhra Pradesh power distribution companies are setting an impressive example for discoms across India to adopt similar systems. Further, in keeping with the promotion of digital payments, we are exploring the possibility of abolishing surcharge levied to consumers on digital payments. Digitization of transactions will ultimately lead to a reduction of costs for all stakeholders involved”

TR Ramachandran, Group Country Manager, Visa, India & South Asia, said, “Visa is humbled to have had the opportunity to steer the launch of BharatQR, the world’s first interoperable QR code standard that can help achieve India’s less-cash vision. A low-cost acceptance solution, BharatQR has the potential to drive payment digitization at scale, and be a convenient way to pay and get paid for both consumers and merchants alike. Further, digitization of such citizen to government payments at scale, would significantly help reduce India’s net cost of cash estimated to be 1.7% of its GDP, while accelerating the country’s economic growth.”

Visa and the Government of Andhra Pradesh through the less-cash initiative, Vizag Digital Dan Sankalp, have identified electricity bill payments as an important use case for payment digitisation. Given their wide reach, recurring nature of transactions and low ticket sizes, such payments are expected to drive shift in consumer behaviour towards digital payments; in particular, among first-time users.

Bharat QR is a secure, network-agnostic interface that enables customers to use their smartphones to make payments without divulging information like card numbers and CVV. To use Bharat QR to pay their electricity bills, customers will simply need to log in to their bank’s app, and scan the QR code displayed on their electricity bill, enabling instant payment. Alternately, customers may enter their unique Customer IDs online and generate a QR code that can be scanned using their bank app.

In addition to availing a faster, convenient and secure payment process, EPDCL customers are also eligible for Visa ongoing cashback offers that will be valid for at least 6 months.