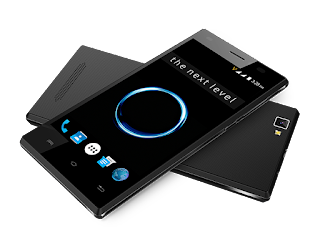 XOLO, an Indian online mobile brand announced the launch of Era 1X Pro – a high performance smartphone. Available exclusively on Snapdeal, the new Era 1X Pro will go on sale on 19th July and the registrations will start from 15th July. A power packed performer, Era 1X Pro comes loaded with 2GB RAM and 16 GB internal memory which is expandable up to 32 GB, making it the most favorable choice for consumers who are looking for a smooth multi-tasking phone in this price segment.

To enhance the user experience, XOLO has done a seamless integration of hardware and software in this phone. XOLO Era 1X Pro exhibits a premium design with a 5” HD Ultra bright display screen with a luminosity of 400 and 16.7 Million colours, designed for an enhanced viewing experience. Also the phone comes loaded with a memory combination of 2GB RAM and 16 GB ROM which allows consumers ample space to store up to 4000 images, 350 videos and 2000 audio files in the smartphone. In terms of camera combination, Era 1X Pro is equipped with 8MP primary and 5 MP front camera with Dual LED flash and comes with a new refreshed camera user interface called Pro mode which helps users to change the settings at the camera screen itself. The primary camera comes with a host of high end “smart” features like slow-motion videos, time lapse videos, live photos, audio note, beauty mode, burst mode, panorama mode and screen mode. The camera sports a high precision 4P Largan lens that makes images look sharper and clearer.

Here’s a quick look at top features of the SMART Camera in XOLO Era 1X Pro:
Slow Motion Video –The Slow Motion mode allows users to lower the speed of the videos captured at the highest possible resolution and frame rate. Alongside, one can also adjust the pace of the video according to one’s preference.

Live Photos – This exciting feature allows users to bring alive the moments by capturing the complete movement and sound in a click. Live photos are captured at 15 frames per second.
Time-Lapse Video – This smart feature gives users the power to capture videos and create crisp rapid motion versions. Users can also adjust the pace of the Time Lapse video to their liking.

Audio Note - Era 1X Pro comes with the unique Audio Note feature which allows users to record voice messages while clicking pictures which can be later accessed from the gallery of the device.
Beauty Mode – Users can beautify their pictures with this mode. It auto adjusts the brightness level and offer various beauty filter options to enhance the image quality.

Burst Mode – This feature allows users to click multiple pictures at the same time and choose the best one amongst the lot.

The smartphone is powered by a 2500 mAh Li-Polymer battery and 1.5 GHz quad core processor. On the connectivity front, the smartphone will support 2G/3G and 4G LTE + VoLTE.
Era 1X Pro will be priced at Rs 5888 and will be available in two color variants - Black and Gold
mobility smartphone Xolo