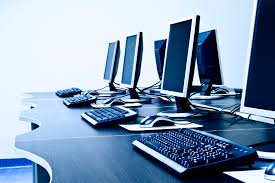 “Higher PC prices due to the impact of component shortages for DRAM, solid state drives (SSDs) and LCD panels had a pronounced negative impact on PC demand in the second quarter of 2017,” said Mikako Kitagawa, principal analyst at Gartner “The approach to higher component costs varied by vendor. Some decided to absorb the component price hike without raising the final price of their devices, while other vendors transferred the costs to the end-user price.”

However, in the business segment, vendors could not increase the price too quickly, especially in large enterprises where the price is typically locked in based on the contract, which often run through the quarter or even the year,” Ms. Kitagawa said. “In the consumer market, the price hike has a greater impact as buying habits are more sensitive to price increases. Many consumers are willing to postpone their purchases until the price pressure eases.”

HP Inc. reclaimed the top position from Lenovo in the worldwide PC market in the second quarter of 2017 (see Table 1). HP Inc. has achieved five consecutive quarters of year-over-year growth. Shipments grew in most regions, and it did especially well in the U.S. market where its shipments growth far exceeded the regional average.

Table 1
Preliminary Worldwide PC Vendor Unit Shipment Estimates for 2Q17 (Thousands of Units)
Notes: Data includes desk-based PCs, notebook PCs and ultramobile premiums (such as Microsoft Surface), but not Chromebooks or iPads. All data is estimated based on a preliminary study. Final estimates will be subject to change. The statistics are based on shipments selling into channels. Numbers may not add up to totals shown due to rounding.
Source: Gartner (July 2017)

Lenovo’s global shipments declined 8.4 percent in the second quarter of 2017, after two quarters of growth. Lenovo recorded year-over-year shipment declines in all key regions. Ms. Kitagawa said the 2Q17 results could reflect Lenovo’s strategic shift from unit share gains to margin protection. The strategic balance between share gain and profitability is a challenge for all PC vendors.

Dell achieved five consecutive quarters of year-on-year global shipment growth, as shipments increased 1.4 percent in 2Q17. Dell has put a high priority on PCs as a strategic business. Among the top three vendors, Dell is the only vendor which can supply the integrated IT needs to businesses under the Dell Technologies umbrella of companies.

In the U.S., PC shipments totaled 14 million units in the second quarter of 2017, a 5.7 percent decline from the second quarter of 2016 (see Table 2). The U.S. market declined due to weak consumer PC demand. The business market has shown some consistent growth, while early indicators suggest that spending in the public sector was on track with normal seasonality as the second quarter is typically the peak PC procurement season. However, the education market was under pressure from strong Chromebook demand.


Notes: Data includes desk-based PCs, notebook PCs and ultramobile premiums (such as Microsoft Surface), but not Chromebooks or iPads. All data is estimated based on a preliminary study. Final estimates will be subject to change. The statistics are based on shipments selling into channels. Numbers may not add up to totals shown due to rounding.
Source: Gartner (July 2017)

PC shipments in EMEA totaled 17 million units in the second quarter of 2017, a 3.5 percent decline year over year. There were mixed results across various countries. Uncertainty around the U.K. elections meant some U.K. businesses delayed buying, especially in the public sector. In France, consumer confidence rose more than expected after Emmanuel Macron was elected president, however spending on PCs remains sluggish. PC shipments increased in Germany as businesses invest in Windows 10 based new hardware, and the Russian market continued to show improvement driven by economic stabilization.

In Asia/Pacific, PC shipments surpassed 21.5 million units in the second quarter of 2017, down 5.1 percent from the same period last year. The PC market in this region was primarily affected by market dynamics in India and China. In India, the pent up demand after the demonetization cooled down after the first quarter, coupled with the absence of a large tender deal compared to a year ago and higher PC prices, brought about weak market growth. The China market was hugely impacted by the rise in PC prices due to the component shortage
Acer Dell gartner HP industry Lenovo PC shipments