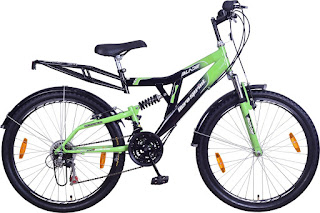 If you are a resident of a metropolitan city in India, you would know first-hand the problems that come with an overdose of motorized transport! Traffic congestion; pollution; the significant distance between your home and the nearest Bus stop or Metro Station; the difficulty of finding an auto rickshaw to take you there in the busy hassle of the morning hours – these are all real problems encountered by people like us every day and night.

Now imagine a scenario where your daily commute to the metro station or bus stop in the morning (and vice versa in the evening) is covered by a rented bicycle, and a number of the above mentioned problems seem suddenly solved. A rented bicycle that you can pick up from a nearby station and deposit it at another station allows you cover a small but significant portion of your daily commute on a healthy and green mode of transport every day – this is what a Public Bicycle Sharing (PBS) system offers.

To be fair this concept is not a completely new idea in India. A number of cities in India have toyed with the idea of installing large scale public bicycle sharing systems; a few are even in advanced stages of planning. However, unlike Europe and China which have already witnessed significant success of public bicycle sharing plans, India is yet to come close to the implementation of any such game changing idea.

With its immense benefits that include reducing congestion, improving last mile connectivity and encouraging a wider use of a green and healthy transport, Public Bicycle Sharing systems can be a real time solution to the problem of excessive congestion in our metros. An added benefit would be the significant increase in physical activity of residents and the accruing health gains.

Public Bicycle Sharing (PBS) systems are a flexible public transport service that involves the creation of a dense network of cycle rental stations. Users can take a cycle from any station and return it to any other station. PBS systems therefore encourage the use of cycles for short distance movement such as from nearby your home to the nearest bus stop or from a metro station to your workplace. The PBS system also offers a progressive fare structure in which your rental amount is minimal for the first few minutes after which it is directly proportional to the time rented.

The network of cycle rental stations is planned in a way that they are strategically located near public transport centres, industrial or corporate hubs and residential areas, making them easily accessible to the target population. They play an important role in promoting non-motorized transport especially for short commutes and residential neighborhoods. Rather than taking a cab or an auto rickshaw, residents can ride their way to neighborhood markets or areas for small daily errands. The system also significantly improves last-mile connectivity to public transport modes, thereby also encouraging people to use public transport, rather than cabs or their own vehicles.
The PBS systems today use automated systems of service, monitoring and tracking and Smart Card Access for the user to the system.

The Europe and China example

The first experiment at public bicycle sharing can be traced to Amsterdam in 1965 where by the name of “White Bicycles”, the system parked unlocked cycles across the inner city regions for anyone to use. In 2005 and 2007 respectively, French cities of Lyon and Paris launched the third generation PBS systems that were fully automated, and proved to be highly successful.

The idea has gained much traction over the past decade. Growing concerns over traffic congestion and poor air quality has prompted several cities across the world to establish city wide bicycle sharing systems. It’s most notable use has been in cities of Europe and neighboring China. PBS systems are currently working in over 50 countries across over 600 cities, most of them in Europe.

Closer home in our neighborhood, the Chinese cities of Wuhan and Hangzhou boast of the world largest PBS systems with a bicycle network of 90,000 and 60,000 bicycles respectively.

Back home, the Delhi Metro has also launched a bicycle sharing system to encourage the use of the eco-friendly transport in the highly polluted city.

The Benefits run wide and deep

·Reduced dependence on non-motorized transport
There is universal agreement today that increasing the use of non-motorized transport is essential to improving the quality of life in large cities. Reduced use of automated vehicles result in reduction in traffic congestion, allows greater space and freedom to pedestrians, encourages people to use public transport and gives much needed breathing space to congested areas of the city.

For residents of a city who live in residential areas that are farther to bus stops or metro stations, bicycle sharing systems allow for hassle free travel, and helps save time and dependence on local motorized transport. A greater outcome of this is that people are encouraged to use public transport and do not feel the need to own their own cars or vehicles.

This is another significant gain to make for Indian cities by establishing PBS systems. Home to some of the world’s most polluted cities which are reeling the impact of carbon emissions, India desperately needs to improve its air quality. This can only be done by reducing the everyday us of private automated vehicles and encouraging people to turn to green modes of transport.

Experts are already referring to India as the world’s diabetes and cardiovascular disease capital – a highly unenviable epithet to have. Doctors say that lack of physical activity is a major cause of this surge in lifestyle diseases being witnessed in India. In this light, encouraging people to take to bicycling can have a significant positive impact on their health.