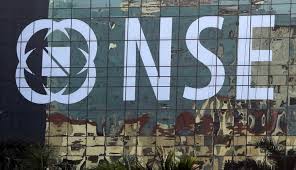 A technical snag crippled operations at National Stock Exchange today. The business did not start on Monday at its regular time. While NSE tried to resolve the matter and announced to start business in just a few minutes, it failed to in the first attempt. It seems that the technical snag is too big to control for the stock exchange.

While the exchange has not given any information regarding the type of snag, it is feared that it might be a server failure or network failure. However, a few experts are afraid of a malware attack. If the snag is that of the network or server, it would be easily controlled or solved. But if the snag is just caused by a malware or ransomware, it may have serious impact on the exchange's business.

Of late, businesses all around the world have gone through the trauma of ransomware attacks such as wannacry, petya and others. We can only pray that it is not any kind of ransomware attack. If a ransomware has attacked the organization, it might result in a loss of critical company and customer data and bad for their reputation.

It has been announced by NSE that it would soon take another attempt at resuming normal trade in cash and derivatives.
industry NSE technical snag