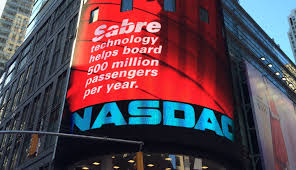 Sabre Corporation announced a new global distribution partnership with Himalaya Airlines. This partnership is in line with supporting and strengthening the airline’s objective of becoming the premium carrier that connects Nepal to the world.

Himalaya Airlines is looking to add 15 aircrafts to its current fleet that will connect Nepal globally, thus cementing its status as the premier carrier in the country. Sabre’s technology will enable the airline to maximise its reach through the Sabre Travel Marketplace, connecting them to more than 425,000 travel agents globally. This will help to ensure that consumers have access to the best possible deals available while creating more revenue opportunities for the airline and travel agents.

“Nepal is a tourism hotspot. From 2015 to 2016, tourism grew almost 40 percent, a trend that is likely to continue as the country enhances its infrastructure. Beyond that, connectivity options are improving, especially with the likes of Himalaya Airlines adding key destinations across the region. As one of the leading airlines in Nepal, we are excited to work with Himalaya Airlines in bringing their offerings to the rest of the world using our technologies to ultimately fuel tourism growth and facilitate greater ease of travel for Nepalese,” said Rakesh Narayanan, vice president of Supplier Commerce, Sabre Travel Network Asia Pacific.

Effective August 2017, Himalaya Airlines’ fares and ancillary offerings will be available to Sabre travel agents globally, allowing them to choose the most cost-efficient routes and packages for their customers.

Commenting on this agreement, Mr. Vijay Shrestha, Vice President, Administration of Himalaya Airlines said, “We are confident we’ve made the best choice in selecting Sabre as one of our global distribution system (GDS) partners to make our seats inventory available to the more than 425,000 travel agents across the world who use Sabre. Sabre’s reservations technology is one of the industry’s most powerful revenue-generating system and we believe we will be able to get a competitive edge in the market by giving us the flexibility to offer a wide array of other value-added services to our customers.”
himalaya airlines industry sabre