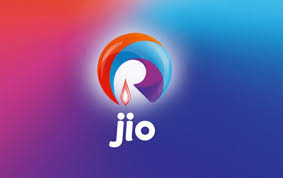 Reliance Jio has built a new market for itself on the grave of established telecos. It is simple and vanilla strategy has been to surprise users with unbelievable offers. This worked for its 4G offers. Now Reliance Jio plans to replicate this strategy by launching a Rs 500 4G VoLTE handset. This is an unheard of offer from the growing teleco which is on its way to clinch the leadership role in the market.

This has been reported by economictimes today saying that the operator is soon to roll out the device for the poor and economically-challenged markets. This can be believed as the operator is trying its hard to win on consumers in the rural areas where users do not have 4G smartphones to use Jio SIMs.

If Reliance Jio does so and offers a value to users through its array of apps that work on the device, its market share might go up by leaps and bounds. It will directly challenge everyone in the ecosystem - be it Airtel, BSNL, Vodafone or any other player.

However, Reliance Jio will have to face the challenge of making this handset vibrant and full of activity. A feature phone has limitations and does not give you the feel of a smartphone. But it seems that the company wants to target the poor for marketshare in the beginning. This class might initially want to use the service for free calling.
4G phone mobility Reliance Jio VoLTE