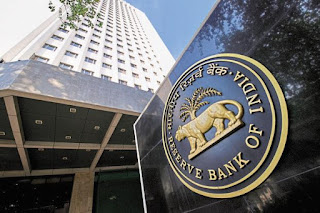 India's economic growth has come down in the last quarter, giving India's hopes of being the leading economy in the world. The industrial output data tells that 1.7% growth in May vs 3.1% in April is not favorable thing for the economy. However, at the same time, the retail inflation is further down. It is an encouraging point and might force RBI to cut rates further.

The rate cut would be a welcome step for the industry. But at the same time, it is expected that RBI may keep the interests unchanged preferring to be in a wait-and-watch kind of scenario.

Vaibhav Agrawal (Head of Research and ARQ) said, "India’s industrial output grew by 1.7% in May vs. 3.1% in April. The retail inflation also continued to downtrend in June to 1.54% vs. 2.18% in May. This again hints at the slower growth in the Indian economy. RBI has lowered the inflation expectation for FY18, however the May inflation at 1.54% is lower than those expectations too. Despite the weak macro data, RBI may still like wait and observe the ramifications of the Fed unwinding the balance sheet, which is expected to happen in 2017. In our opinion, the current macroeconomic data suggests room for RBI to cut the interest rate.”