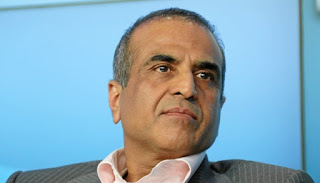 Telecom Watchdog, a Delhi based NGO, has filed a complaint with the Prime Minister and the CBI against Rahul Khullar, the then Trai Chairman (14.05.2012 to 13.05.2015) on Mobile Termination Charges (MTC) scam and SMC-Termination Charges Scam, which was perpetuated during the UPA-II regime at the behest of Sunil Bharti Mittal of Bharti Airtel in conspiracy with Khullar. MTC should have been moved to Bill And Keep (BAK) mode from April 1, 2014, but Khullar did not do this and continued with the MTC regime despite the fact that the three-year period given to the incumbents to adjust their business model and technology for BAK mode was already over. Since 2014, so far, over Rs 130,000 crore has been cornered by the incumbents on MTC collections. This is a major scam.

On the other hand, SMS, which was in BAK mode, was moved into IUC regime effective from June 1, 2013. This was done by Mr Khullar again at the behest of Mr Mittal cheating the consumers who were availing SMS packages at competitive tariffs. Even though the urban consumers use less of SMS and more of WhatsApp, but the government services (like bank, Income Tax, etc) predominantly use SMS even in urban areas. Moreover, in the rural areas, SMS continues to be used in large number. Rs 3,000 crore per year was the extra gain to Bharti alone on SMS-TC in 2013. Since then in the last four years, it has made over Rs 12,000 crore extra on this account.

In all, about Rs 130,000 crore has been made by the incumbents on MTC since 2014 and Rs 12,000 crore since 2013 by Airtel alone on MTC-TC. The Mittal-Khullar duo ensured that during Mr Khullar’s tenure, TRAI brings out only anti-consumer regulations giving financial benefits to Mr Mittal. This is a major scam, which requires CBI investigation.

Mittal’s bullying letter dated 24.07.2017 to Chairman, TRAI
The NGO has also said in its complaint that on August 10, 2015, Mr R.S. Sharma took over as Chairman TRAI. He is an honest officer and not pliable. Under Mr Shrama, TRAI has taken all pro-consumer steps. Be it Call Drop issue, Testing of networks, Aadhar based Subscriber Form, APP based QoS checks, reviewing MTC regime, etc. Mr Sharma is not Mr Khullar, who would dance to the tune of Mr Mittal.

But Mr Mittal has mounted an unfair and overbearing campaign to pressurize TRAI inorder to continue extracting MTC. On July 24, 2017, Mr Mittal has written a letter to Mr Sharma. The language used in this letter is kind of bullying an honest man. When all his propositions for retaining MTC have failed on merits, Mr Mittal has now come up with another absurd theory. His argument is since IUC on International Calls has not been touched in this consultation process, IUC on Domestic calls should also be treated as a settled matter. This argument is unreasonable. As consumers, we have no control over what jurisdictions of other countries will do. We do not participate in their consultations. We participate in our country’s processes and our expectation for justice and fairness is from our government.

Banks Exposure Rs 160,000 cr vs Rs 65,415 cr
In response to a question in the Rajya Sabha yesterday, the Finance Minister said, “As per data available with Reserve Bank of India (RBI), total outstanding (funded) advances by Public Sector Banks (PSBs) to the ‘communications’ sector (comprising of (i) telecommunications-Fixed network, (ii) telecommunication towers and (iii) telecommunications & telecom services) stood at Rs. 63,415 crore, while total exposure to the sector worked out to Rs. 97,681 crore.” However, before the Inter-Ministerial Group (IMG), a much higher figure was presented as shown in the following table: -

The debt figures are thus being manipulated in the IMG to get financial bailouts.

Bharti Q1-FY18 Result
It shows that data consumption has doubled in the quarter but the data revenue has declined by 16.8%. Mobile customer base of Airtel has also gone up by 2.6% on sequential basis and 9.7% on yoy basis. These are positive signs for the consumers. For the first time, the incumbents are facing genuine competition from the new entrant. Earlier, Airtel used to charge Rs 250 per GB, the rates have now come down to Rs 5.35 per GB. In long run, the volume will pick up and the revenue slide will stop and move northwards.

Conclusion
The incumbents have been unmasked. Earlier they used to cry about their debt burden for continuation of MTC. Now since it has emerged that their debt situation is a result of their own over-leverages, they are saying that they want MTC because they expect to be compensated for running their networks. This they are saying, after collecting more than Rs 1 lakh crore plus from consumers in the past three years. The consumers cannot continue paying for keeping their legacy networks spinning.

In its appeal to the Prime Minister, the NGO has said that the millions of poor customers have experienced the benefits of cheap data and free voice calling since September 2016 because of new technology and competition. “We believe that with your focus on serving India’s poor, MTC will be scrapped so that this tariff benefit for the consumers becomes a permanent feature of the telecom sector. A burden on the consumer, MTC is ruinous for Digital India. It is high time to end the MTC menace,” Telecom Watchdog has submitted to the Hon’ble Prime Minister.