Organisations in India Are Dedicating More Budget to Cybersecurity 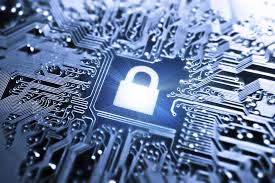 Palo Alto Networks, next-gen security company, announced the results of its report entitled ‘The State of Cybersecurity in Asia-Pacific’, which revealed that cybersecurity budgets have increased for 92 per cent of organisations in India.


This survey was conducted to help gain deep insights around behavior and attitudes towards cybersecurity throughout the Asia-Pacific region, including India.


There has been recent growth in cybersecurity budgets: Businesses acknowledge the importance of ensuring business continuity amidst the persistence and growing sophistication of cyberthreats, and 92 per cent of organisations have increased their budget for cybersecurity in this financial year.


‘Detect and respond’ approach overrules a ‘breach prevention’ strategy, but this needs to be revisited: 79 per cent of respondents indicated their organisations place more importance on detection and response of cyberthreats than prevention. Data breaches remain costly, meanwhile, with 41 per cent of respondents revealing they have lost at least ₹ 64,55,500 (US$100,000) in financial year 2016-17 due to such breaches. This raises question around the effectiveness of responding to threats only after incidents are detected, rather than taking a preventive stance.


Cybersecurity measures adopted are rather basic: According to the survey, organisations predominantly adopt basic security measures. Respondents indicated the highest adoption rates for antivirus (77 per cent) and firewall (74 per cent), whereas anti-ransomware (37 per cent), two-factor authentication (35 per cent) and biometrics (46 per cent) have fallen on the lower end of the spectrum.


Organisations are filling their need for dedicated cybersecurity talent: 95 per cent of Indian organisations feel they have a strong hold of dedicated IT teams against cyberthreats – a notably high figure compared to other APAC countries with only 84 percent. Manufacturing and finance sectors are the top verticals when it comes to ensuring they are well-equipped with a professional team to prevent cyberthreats.


Across the Asia-Pacific region, the key finding from the report is the need to promote greater cybersecurity awareness and education among organisations. While budgets are increasing, 46 per cent of Asia-Pacific organisations are struggling to keep up with the increasingly sophisticated cyberthreats and finding the appropriate solutions to combat them.


‘Internal and external threats look like the biggest loophole causing organisations costly data breaches. Therefore, these organisations should revisit their cybersecurity strategy and assess whether the widely-adopted ‘detect and respond’ approach may be reacting to threats a little too late. As cyberthreats become increasingly sophisticated, businesses should ensure that networks are adequately secured with a next-generation security platform that looks at prevention rather than remediation," said Sean Duca, vice president and regional chief security officer for Asia-Pacific, Palo Alto Networks
Cybersecurity palo alto security