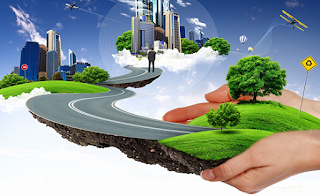 New Delhi Municipal Council (NDMC) is one of the key smart city project which the government plans to start on time and complete in the given time line. NDMC, as per the official release, has been asked by the Ministry of Housing & Urban Affairs to ensure completion of smart city projects ahead of time so as to lead by example in smart city making across the country. Timelines for the same have been fixed at a two hour review of implementation of NDMC’s Smart City Plan taken by Shri Durga Shanker Mishra, Secretary (Housing & Urban Affairs) last evening. Naresh Kumar, Chairman, NDMC and senior officials of the ministry and the Council attended the review.

Of the Rs.1,800 cr Smart City Plan of NDMC, work on a range of major impactful projects will begin in phases by October this year, for which tendering is in progress. These include setting up of a Unified Command and Control Centre, Smart water and power grids, multi-level parking at Khan Market, sensor based smart parking, public bike sharing, converting an additional 333 classrooms into smart ones, Sewage Treatment Plants, smart public hygiene centres etc.  Smart redesign of 13 roads totaling 31 kms including seven roads leading to Connaught Place will begin much earlier.

Shri Mishra asked NDMC to include more services on 311 app like bus schedules and frequencies at all bus stops, information related to parking lots and availability of slots therein etc. He also directed the Council to ensure all residents of NDMC are brought on this platform besides promoting use of this app among the large floating population.

Shri Naresh Kumar assured that with most of  the projects getting into implementation mode by October this year and the remaining by March next year, all smart city projects will be completed before the scheduled timeline of 2020.

NDMC Chairman requested the Ministry of HUA to transfer ‘Central Vista’ to the Council for smart redesign and management and was told that it would be considered.

Voicing concern over sub-optimal utilization of multi-level car parking at Sarojini Nagar, Shri Durga Shanker Mishra asked the Council to come out with an enforcement plan for its full utilization at the earliest. NDMC has also been asked to pursue pedestrianisation of Connaught Place and Khan Market with appropriate action plans.

Appreciating the Council for the smart city projects implemented so far, Shri Mishra asked the Council to mount a special communication outreach plan for wider dissemination of information about the benefits of these initiatives among the people. He further stressed that benefits of Unified Command and Control Centre, smart water and power grids etc., that result in effective resource management need to be informed to the public for informed participation.

Informing that NDMC has already commissioned 3.30 MW of solar power by installing solar panels on roof tops of buildings, Shri Naresh Kumar suggested to the Ministry to consider allowing NDMC to install solar panels on central government office buildings either free or on nominal charges.

Shri D.S.Mishra also asked the Council to convert major parks into smart ones since the same  could be done with minimal investments for better feel and experience.
NDMC Smart Cities Smart City