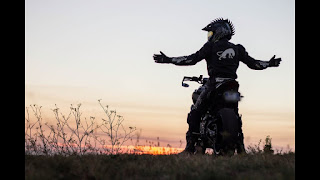 JustRide, the self-drive car rental service has announced a move to rebrand itself as Drivezy. The rebranding exercise comes as part of the company’s strategy to make a transition from an aggregator to a marketplace model, and become a peer-to-peer car sharing platform. This allows individual car owners to list their cars on the app when they are not in use, which are then micro-leased by Drivezy.

The new brand Drivezy unveiled its new logo, which symbolizes the company’s vision to continuously evolve as a service-oriented company, and offer the best to its valued customers.
Cars are the most popular mode of transport across the globe, but in India, less than 12% of the population own cars, because of low average monthly income and high cost of financing. Drivezy addressing this gap, allows customers to access cars at a fraction of the cost of buying one, creating a revenue generating opportunity for car owners.

“We are excited about this transition and are ready to commence an aggressive journey to change the way people purchase, use and sell cars. The world is moving on to a collaborative model of consumption, with the growing smartphone and internet penetration. The vision behind JustRide, when we started, was to establish a seamless car rental service. In the course, we noticed that most people do not drive their vehicles for more than a few hours in a day, thus, we decided to create a car sharing platform, where individuals can earn by renting their idle cars for even a limited time frame”, said Ashwarya Singh, CEO & Co-Founder, Drivezy.

Drivezy currently has over 800 vehicles listed on its platform. Headquartered in Bangalore, Drivezy operates across 4 other cities in India including Mumbai, Thane, Mysore, and Pune. Sensing a huge potential in bike rental market, Drivezy recently introduced 250 bikes and scooters for rental services in Bangalore.

Founded in April 2015, Drivezy (formerly JustRide) has raised approximately, $6 million through seed and pre-series A funding, from London based SCM Holdings, Kima Ventures, Susa Ventures, Axan Ventures and IT-Farm based in Japan. The startup is backed by notable entrepreneurs and investors from Silicon Valley, including, Justin Kan and Paul Buccheit. Drivezy was one among the few startups to be selected by the prestigious American startup accelerator Y Combinator for the 2016 summer batch.
digital mobility drivezy justride self-drive