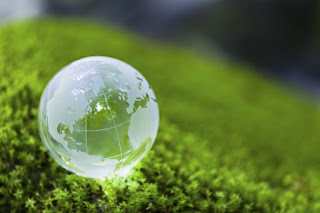 Some of the key initiatives that were implemented at its Pune campus are as follows:
·         Energy: Infosys has implemented smart parking management along with Multi-level Car Park (MLCP) in its Pune campus to reduce the numbers of cars congesting the streets and the emission caused
·         Green Buildings: In fiscal 2017, Infosys’ Phase 2 campus at Hinjewadi, Pune was awarded Platinum Certification under LEED EB O&M (Leadership in Energy and Environmental Design - Existing Building Operation and Maintenance) by the U.S. Green Building Council (USGBC), making it the largest campus in the world to have achieved this distinction. Pune SDB 11 (4.5 lakh sq. ft. area) was also awarded platinum certification in FY 17 for new construction. The company now has a total of nearly 11.1 million sq. ft. of buildings with highest rating across various campuses including Pune.
·         Renewable Energy: In order to reduce global warming, Infosys has been focusing on increasing its share of renewable energy. The company has invested in various energy efficiency measures including lighting, UPS, building management systems, facade retrofit projects. Infosys installed 15.2 MW solar capacity (rooftop + ground-mount) across India since 2009, of which its Pune campus contributes 1.5 MW of total installed capacity.
·         Food waste Management: To curb food wastage, the company has installed biogas plants with an overall capacity of 9.25 TPD installed across various campuses including Pune. Infosys has set up a fully automated biogas plant at its Pune campus, with a capacity to treat two tonnes of food waste per day. The plant also allows online monitoring and reduces manual operations and errors. Pune phase 2 also has 2 TPD vermicomposting plant for garden waste commissioned in FY 17.

During the course of FY18, the company will continue to innovate and nurture new ideas that have the potential to tackle the environmental challenges of today and the future.
environment industry infosys